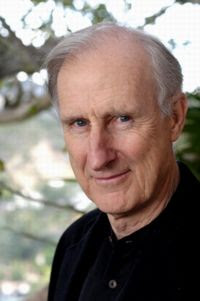 Back to Becoming Jane. I was watching one of my favourite TV shows last night, Six Feet Under, and I thought that James Cromwell (who plays Ruth’s husband George in the show) was an important person to start with when doing brief biographies of the main characters in Becoming Jane. He plays Reverend George Austen in the film and is therefore one of the most fundamental and influential characters in Jane’s life.


James Oliver Cromwell was born on 27th January 1940 in Los Angeles, California but raised in Manhattan, New York. He attended The Hill School, Middlebury College and later Carnegie Institute of Technology (now Carnegie-Mellon University) for a year. He followed the footsteps of both his parents, actress mother Kay Johnson and film director father John Cromwell, and began acting in plays such as Othello at the American Shakespeare Festival. When he was 31 years old he became noticed in the role of Stretch Cunningham in the popular All in the Family. The next few years involved more TV roles and numerous plays and his film debut in the detective spoof Murder by Death (1976).


He married his first wife Anne Ulvestad with whom he had three children; a daughter Kate (born June 5 1977) and two sons, John Astrup (born August 29 1979) and Colin James (born April 16 1981) but they separated ten years later and he married again, in 1988, this time to Julie Cobb. In recent years he has been attached to Joan MacIntosh. 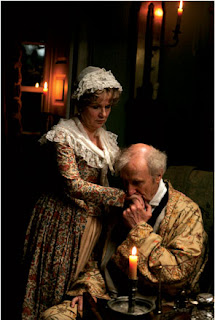 One of his most famous roles was in 1995 when he starred as Arthur Hoggett in Babe, the film loved by all about the talking pig. He was nominated for an Oscar in the category of Best Actor in a Supporting Role. This paved the way for the part of a police captain in L.A. Confidential (1997) which many regarded as his best performance. Other notable roles are the banker Charles Keating in The People vs Larry Flint (1996), Judge Fielding in Snow Falling on Cedars (1999), the warden in The Green Mile (1999), an Emmy nomination performance as William Randolph Hearst in RKO 281, the drama about the making of the 1941 classic Citizen Kane, the geologist George Sibley in Six Feet Under (2003-2005), Prince Phillip in The Queen (2006) and more recently the warm-hearted Reverend George Austen in Becoming Jane (2007). 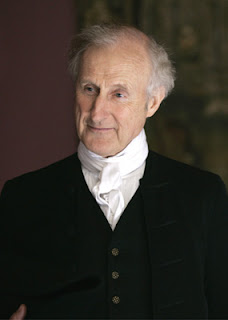 I think that James portrays Jane's father which such tenderness. He is how we imagine Mr Austen would be; kind, warm, approachable and above all, holding complete adoration for his family. His relationship with his wife is fantastic and he has a very relaxed relationship with Jane, whilst maintaining the role of her father. I think James is so perfectly cast for this role and I hope you agree.


Also this year he can be seen as Captain Stacy in Spiderman 3 and Philip Bauer (father to Jack Bauer) in the sixth season of the hit TV show 24. Throughout his 30 year long career, he has made over 130 appearances in various popular TV shows and films. He is going back to the stage later this year when he is playing James Tyrone in Long Day’s Journey Into Night which is a play by Eugene O’Neill and will be performed in Ireland during the months of September and October.


He is very tall, registering at 6ft 7inches. He is a vegan due to the part he played in the film Babe and its ethical 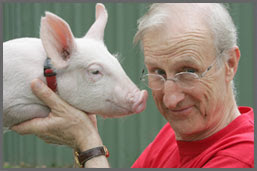 implications. He has since been an active speaker for the organization: People for the Ethical Treatment of Animals (PETA): As I was browsing I came across the site www.savebabe.com/james.php which has a personal pledge, take a look, it is very interesting and gives insight into the type of man that James is. Also in his private life James is somewhat controversial, strongly supporting several liberal causes.


An interesting bit of trivia is that James Cromwell is the only actor to ever have spoken the words "Star Trek": In the film Star Trek: First Contact (1996) his character said to the crew, "...and you're all astronauts, on some kind of....star trek?" He also had parts in two other Star Trek films: The Next Generation and Deep Space Nine.


Pic 1: James Cromwell. Taken from Wikipedia. No original source given.

"Back to Becoming Jane."

LOL! Yeah, we've wandered around the forests of mulberry and family trees too much, we sometimes forget to mention the movie itself! :-D Thanks Rachel for the lovely bio of James Cromwell.

After watching him in BJ, I really agree that he was THE Mr. Austen. Such a good father, was he not? So supporting, but rather realistic as well. He and Julie Cromwell made a lovely pair of Austen.

Also, during the filming of BJ, James' vegan has made Anne Hathaway more vegan than she was before (she was more of a flexitarian before).

And I didn't know he was in some STAR TREK movies! Oh, and I call myself a trekker!

I adore James Cromwell. Interesting to know that he became a vegan after making Babe.

Yeah... have you seen the entire Save Babe pictures? Sooo cute!

And I love him as Prince Phillips in the Queen. Really cool.