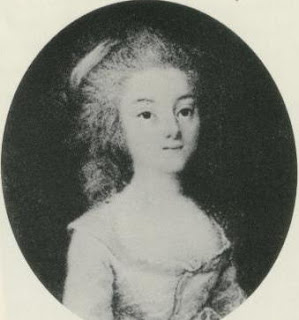 Philadelphia Austen had traveled to India in January 1752 without a dowry and in search of a husband. She met and married Tysoe six months after her arrival. By 1759, they were still childless and it was assumed that this indicated that they had a bad marriage. It was around this time that they moved house, met and befriended Warren Hastings; it was rumored that Philadelphia had been Hasting’s mistress. Eliza, or as she was known in childhood, Betsy, was born two years later and the true identity of her father is still questioned. Regardless of his possible paternity, Hasting’s became Eliza’s godfather, giving her £10,000 in trust, and later took the position of Governor General of India.

In 1768, Eliza and her mother traveled to England whilst her father remained in India. He chose to stay in India in order to finance their lifestyle at the expense of being with his wife and daughter. He died in 1775 and in 1777, Philadelphia took Eliza to live in Paris, France where it was cheaper. They enjoyed a fortunate lifestyle here, often attending royal events and at age 20, Eliza married a French Army captain called Jean-François Capot de Feuillide who became a French count. In 1786, a very pregnant Eliza set out for England to visit the Austen’s but did not make it past Calais before giving birth to a boy, Hastings de Feuillide, who was thought to have learning difficulties. Eliza and Philadelphia continued with the baby and arrived in Steventon just before Christmas 1786. At this time it is thought that Eliza had quite an impression on the young Jane who had just turned 11 years old; she aided Jane to feel comfortable and more confident around strangers. During this visit, Eliza and Jane’s beloved brother Henry became very close and flirted constantly despite Henry being 10 years her junior. Eliza’s husband was guillotined in 1794 during the reign of terror and Eliza, Hastings and Philadelphia returned to live in England at this time. 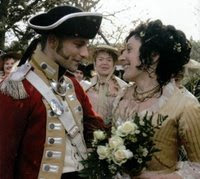 After settling in London, Eliza married Henry Austen in 1797. During this time Eliza and Jane communicated a lot through letters; they were both well-educated, intelligent and witty and took great delight in observing others and describing how they perceived the world. Eliza had traveled the world and this allowed a maturity in knowledge that no doubt intrigued Jane. From reading Eliza’s existing letters (mainly written to her cousin, Phylly Walter whom she was extremely close to), many historians have been unsure on how to judge the character of Eliza; at times she seems incredibly self-centred and confident but there is certainly also a very caring nature. She once described herself as an ‘outlandish cousin’ which serves to give us an impression of the character of Eliza. She suffered many disappointments and heartaches in life and yet remained very optimistic. Humour was very characteristic of her letters; she once wrote to her cousin Phylly: ‘where the Princess of Wales & myself took an Airing—We were however so unsociable as to go in different Carriages.’

It has also been assumed that she persuaded Henry to go into banking, although she did not live to see this venture become a complete failure. Hastings died in 1801 from what is speculated to have been epilepsy. Twelve years later, 25 April 1813, Eliza died after suffering a long illness. It is known that Jane visited Sloane Street (Eliza and Henry’s home) regularly and helped to nurse her during her final years. Eliza is buried with her mother and son in a cemetery in Hampstead, North London. 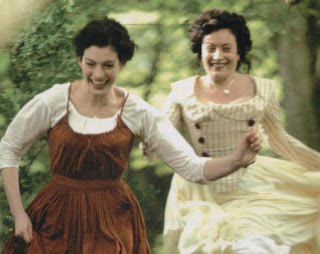 Deirdre Le Faye has done a fantastic job in editing Jane Austen’s Letters. Her book is called the 3rd or New Edition as R.W Chapman edited Jane’s letters to provide us with the 1st and 2nd Editions. Through Le Faye’s analysis of Jane Austen and her letters, it has been considered that perhaps Jane may have based the character Mary Crawford from Mansfield Park on Eliza. This notion is based on many facts; including that both Eliza and Mary enjoyed amateur acting throughout life, played the harp and enjoyed life in London in comparison to the country. Jon Spence agreed with this position and developed it further through stating that ‘at last Jane was able to convey her ambiguous feelings about Eliza de Feuillide and the unsettling experience of knowing her.’

Thank you for the comprehensive post, Rachel. Could not do it myself. Your last line, however, made me think.

‘at last Jane was able to convey her ambiguous feelings about Eliza de Feuillide and the unsettling experience of knowing her.’

I understand that Eliza was a lovely sensual creature. Why... she had laid her eyes on Henry when he was still 16 or so... stating that he was a great dancer or something. Could it be that her sensuality also 'disturbed' Jane a bit? In another word, could Eliza be the one that introduced Jane to the 'forbidden world of sex' through their conversations? With all due respect to JA and Eliza, though... for I think they were interesting women indeed!