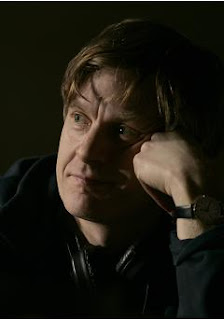 It didn’t take British director Julian Jarrold more than a few moments to name “The Lives of Others,” the 2007 Oscar winner for Best Foreign Film, as one of his personal Truly Moving Pictures.

“It’s about how relationships were distorted by always having to look over one’s shoulder,” he shared in a recent phone interview. “But it is actually full of fantastic hope and optimism at the end, a truly amazing film.”

Jarrold may be looking to films set in the 20th century for inspiration as a change of pace. His Becoming Jane hits theaters nationwide on June 10, and filming meant spending days in 18th century England with young stars Anne Hathaway and James McAvoy. The latest Truly Moving Picture Award winner, Becoming Jane is a sharp-witted, smart and charming portrait of Jane Austen before her novels would make her one of Britain’s most revered authors.

When he made the transition from television to film with 2005’s “Kinky Boots,” Jarrold knew he had Austen in his future.

“I’ve always been interested in Jane Austen, but I was cautious about doing another adaptation of one of her novels,” he confessed. “But this screenplay came along and…it allowed all sorts of little insights into how she wrote her novels.”

Those insights, of course, include exploring the relationship Austen most likely had with a young Irishman named Tom LeFroy. It was a deliberate decision to cover that portion of Austen’s life when, newly twenty years old, her ideals and perspectives that would appear in her later works were just taking shape.

With the script in place, Jarrold and team turned to casting their motion picture.

“We wanted to blow the dust off it a bit and find the real human being,” the director said. “We wanted somebody young and feisty. Annie had such qualities, and happened to be a complete expert on Jane Austen. It wasn’t hard, really, to cast her.”

Anne Hathaway tackles the role of Austen with grace and confidence, and costars James McAvoy as Tom LeFroy, Maggie Smith as Lady Gresham and James Cromwell as the Reverend Austen light up the screen alongside the feisty American.

Austen’s affair with LeFroy was never meant to be, though, and she would go on to live and write as a single woman. Balancing this sense of loss with an optimistic tone proved a personal goal for Jarrold, as he crafted a film that highlighted what Austen ultimately achieved and contributed to literature.

“I hope [the film] enriches their understanding of Jane Austen,” Jarrold offers to the audiences who’ll see the movie in theaters. “I just hope people will go back to the books and read them again and again.”

And if he’s done his job, they’ll return to the film again and again as well. Becoming Jane is in limited release June 3, nationwide June 10. View the trailer or visit the official movie site. To learn more about this and other award winning films, visit www.TrulyMovingPictures.org