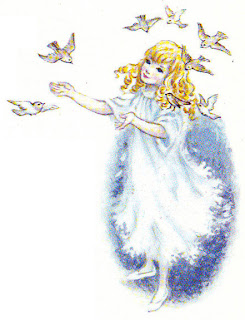 Okay, I need to breathe now. My dearest librarian Linda (million of thanks, Linda!) has confirmed from her copy of ‘Visitation of Ireland’ that Thomas Langlois Lefroy’s eldest daughter was indeed named ‘Jane’. Her complete name?

Tom Lefroy first met Jane Austen during the 1795 Christmas holiday in Hampshire. Daughter Jane was NOT born in December (nor conceived in December for that matter, that would be in October…), hence the ‘Christmas’ MUST BE referring to Jane Austen!

Jane Lefroy's date of birth will also confirm that the movie Becoming Jane was more or less correct with Jane Lefroy's age. In the movie, she was portrayed as a teenager, circa 15 years old. If the movie Tom Lefroy met Jane Austen again circa 1816, thus Tom's daughter Jane would be around 13-14 years old then. 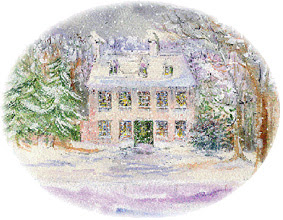 A bit off topic: on the other side of , my dearest Rachel is trying to find out something about Bray. Will not get the result for a few months, perhaps, for she needs to visit the town on her own… but fingers crossed… we don’t know what she will find…

Closing the post, herewith I give you a piece of Paul Simon's song 'Father and Daughter' which I think portrays Tom Lefroy and his Jane Christmas so much:

Without some other bit of corroborative evidence, I think you are still in the realm of speculation, but I admire your ingenuity and willingness to take a risk to see if an idea will fly. If your hunch is correct, this is the only way it will have a chance to be tested. My experience has often been that I find something that by itself is merely speculative, but over time, as I connect more and more dots, suddenly that seemingly isolated finding is seen to connect to something else, and TOGETHER, you have something like solid evidence.

So, I say, keep firing away, even if only 25% of your speculations hold water, that is still 25% more than would have been found if everyone continued to play it safe.

LOL! I'm not surprised, Arnie, that you remain skeptic. That's very you...

In response to more evidence, I've kidnapped Linda to help me marshaling more evidence on that. E.g., we want to find out Mary Paul's and Jane Paul's dates of birth. If they were not born in December, then it rules out that the Jane name refers to Jane Paul.

Or, I am tempted to say, it is possible that Tom 'used' the fact that Mrs. Paul's name was Jane as a 'decoy', and inserted the Christmas reference for a child born in June, and conceived in October... I don't say that he cheated... he simply wanted to give nods to the Hampshire Jane.

I immediately connected those dots as well (Jane Christmas with Tom meeting Jane in December), and agree that it is wonderful speculation.

However, was it common for men to have such a hand in their children's namings? Could there be another reason she had the middle name of Christmas? It would be lovely if something had indeed happened between Jane and Tom at Christmastime.

Imagine how often this sort of love was thwarted...

Also, I highly recommend reading Linda Robinson Walker's thesis on Jane and Tom, if anyone hasn't yet. It's the most complete and concise explanation of their relationship. http://www.jasna.org/persuasions/on-line/vol27no1/walker.htm#1

Dear Sarah, sorry for not being clear with this post. We've found out and concluded that TLL named his first daughter Jane Christmas as a homage to Mary Paul's mother (Jane) and ancestor (Christmas)

However, we do agree that the coincidence is amazing.

And yes, I've read Walker's thesis. It's a very good read for Jane and Tom.

I know this thread is a few years old, but I find it interesting that Jane Austen was born in December. I had always thought that was the reason he gave his daughter the middle name Christmas. Enjoying your website.

I have just started reading about Tom and Jane... I have watched the movies read the books and i now am reading blogs... Its very interesting hobby and the more i look into the more i feel they where deeply in love... No matter how long it was tom still spoke of his love in his old age... And Jane Christmas is so profound... I begin to wonder if Mary had accepted his love for Jane.?

I am terribly sorry for our total lack of checking the comments. We haven't been checking it for a while, thus we missed your comment. I will make more time to check comments from our dear readers. Please do forgive us for this oversight, and thank you for visiting us...