In the spirit of honesty and fair research, I am compelled to make this article, referring back to the previous article re: Jane Christmas Lefroy. Linda (who really is our Oracle in this blog, if you ever into DC Universe…) found through her proxies that there was a Jeffry Paul who died in 1730 and married to CHRISTMAS born 1689. I’m certain that this Elizabeth Christmas was not Mrs. Jane Paul, for Jeffry Paul still lived when Tom Lefroy married Mary Paul in 1799 (Memoir of Chief Justice Lefroy), and Mrs. Elizabeth Christmas Paul would have died by then (she could be either Jeffry Paul’s mother or grandmother). 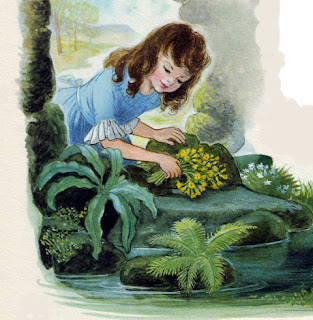 Hence, I agree that ‘Christmas’ could be a familiar name within the Pauls, and Tom adopted that name for his baby girl Jane. As a good husband (and I'm being sincere here), he could adopt the name Jane (referring to Mrs. Jane Paul) and Christmas (to Mr. Jeffry Paul’s ancestor). But I still see the connections between Jane Austen of Hampshire and the 1795 Christmas where Tom Lefroy met Jane Austen for the first time.

What was that method Dan Brown used in Da Vinci Code? Where one code or number or name actually meant several things at the same time? Like, PS means Post Script, but also Princess Sophie, plus Priori of Sion. And the Fibonnaci number not only refers to anagram, but also to the bank account of Sophie’s grandfather. Whatever that method is named (it’s not anagram, more like a hidden code), I think Tom Lefroy (subconsciously, at least) applied it to his baby girl. Hence, he paid homage to both his wife and his youthful love. If it is true, would he be a bad guy to do so, then? Personally, I don’t think so.

Of course, research is still rolling on, and I’m open to any other explanations. But indeed, as I found that the name ‘Jane Christmas Lefroy’ is never mentioned before, I still think this finding is a significant one.

Well-well-well... this Mrs. Elizabeth Christmas was NOT Mary Paul's ancestor after all. See this post for more info. We're still digging...