Jane Austen Quote of the Week 194

This quote is from the end of chapter 38 in Pride and Prejudice. Elizabeth has just spent six weeks with Charlotte and Mr Collins. She is now considering whether she should tell Jane of what has happened with Mr Darcy. 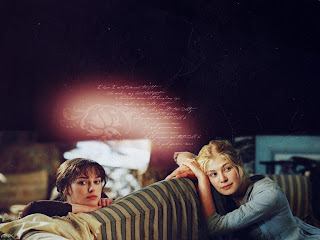 "It was not without an effort, meanwhile, that she could wait even for Longbourn, before she told her sister of Mr. Darcy's proposals. To know that she had the power of revealing what would so exceedingly astonish Jane, and must, at the same time, so highly gratify whatever of her own vanity she had not yet been able to reason away, was such a temptation to openness as nothing could have conquered but the state of indecision in which she remained as to the extent of what she should communicate; and her fear, if she once entered on the subject, of being hurried into repeating something of Bingley which might only grieve her sister farther."

I think that life is full of these predicaments when you keep something from someone you love because you dont want to hurt them, only to later be blamed for not sharing information you knew. It is very hard to judge what is best in these situations. Overall I think honesty is always best and then everyone knows where they stand. Thankfully for Jane things worked out remarkably well in the end for her and Mr Bingley.

Thanks to Maria we have another fantastic Becoming Jane header.
You can use it on FBs new timeline coverimage aswell.

Jane Austen Quote of the Week 193

For this week's quote I wanted to peruse James Austen's The Loiterer for a gem, and WOW, did I ever find one!
In the Number 2 issue, James is discussing "Truth" and how it was dead in all walks of life - and that was written 223 years ago.  The shame of it is I have to agree with him because I see the same thing in today's world!
Here is the quote from the first paragraph:
Language has been commonly defined by Grammarians to be the Art of expressing our ideas. Nor was the definition a bad one, during those times when our rude ancestors were sufficiently uninformed in the Ars Rhetorica, to speak always what they really thought. But since we have wisely banished that absurd custom, I should humbly presume that the aforesaid definition might also be altered, and that from henceforward Language be entitled the Art of concealing our Ideas; and I will venture to assert it is used infinitely oftener for the latter purpose than the former, by all ranks and ages, and at all times and in all places. So totally indeed is a regard to veracity excluded from the system of modern ethics, that were it not for diseases, duns, and wives, who sometimes tell one disagreeable truths, one would imagine that Truth as well as Justice had left this degenerate world at the expiration of the Golden Age. And that I may not take an unfair advantage, I shall say nothing of the numerous tribes, whose situation authorizes and in some measure obliges them to a continual breach of veracity; (such as foreign ministers, ladies; maids, lawyers, an physicians; to which list I may also add lovers and their mistresses, who can claim so many precedents in favour of this practice, that they may be said to lie by prescriptive right) and only consider how little attention we all of us pay to truth in the common intercourse of life.
What is so hilarious is that he writes further on and gives examples from the perspective of several areas of life, such as the House of Commons, that are even true today.  Well, I believe it to be so at any rate.  You may read the entire issue here:  http://www.theloiterer.org/loiterer/no2.html

I am continually amazed how things haven't changed in all these years.
Yrs aff'ly,
Linda the Librarian
Pic: Jane Austen Reviews

Recently, I’ve been putting a new healthy habit of enjoying my weekend and doing a really minimum work (other than cleaning the house, baking, cooking, reading, and other things I love). So here’s a Tom Lefroy quote that reflects my current state of bliss… in the hope that you all also feel your personal bliss everywhere. The Memoir of Chief Justice Lefroy page 85, an 1825 letter to his wife:

Here I am, thank God, quietly enjoy a day of real rest and peace, - all  my labours and anxieties ended, and I have experienced nothing but unaffected kindness and respect throughout the whole of the Circuit. 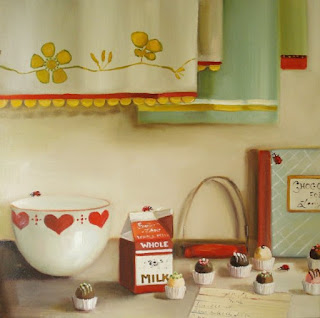 Quietly enjoying a day of real rest and peace. How beautiful is that? I baked white cupcakes yesterday (Martha Stewart’s white cupcakes, heavenly light and fluffy!). I had lunch in a local Japanese restaurant with a book, and then strolled some shopping arcades.

How is your weekend so far, dear friends? 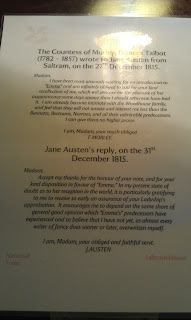