Jane Austen Quote of the Week 238

Icha has contacted me to say that she is suffering from fever and headache so I decided to pick an apt quote for her today. From Sense and Sensibility, chapter 43, Marianne is showing signs of fever and deteriorating sickness. 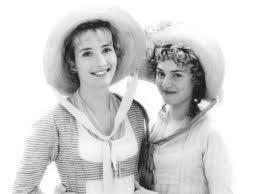 "A very restless and feverish night, however, disappointed the expectation of both; and when Marianne, after persisting in rising, confessed herself unable to sit up, and returned voluntarily to her bed, Elinor was very ready to adopt Mrs. Jennings's advice, of sending for the Palmers' apothecary."

"Elinor could not be cheerful. Her joy was of a different kind, and led to anything rather than to gaiety. Marianne restored to life, health, friends, and to her doating mother, was an idea to fill her heart with sensations of exquisite comfort, and expand it in fervent gratitude; -- but it led to no outward demonstrations of joy, no words, no smiles. All within Elinor's breast was satisfaction, silent and strong."

Jane Austen Quote of the Week 237

My quote for this week is taken from chapter 11 of Emma. 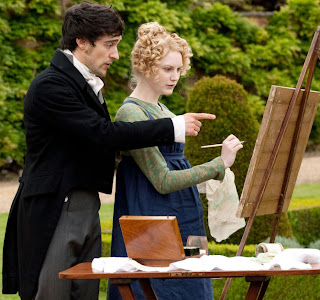 "Mr. Elton must now be left to himself. It was no longer in Emma's power to superintend his happiness or quicken his measures. The coming of her sister's family was so very near at hand, that first in anticipation, and then in reality, it became henceforth her prime object of interest; and during the ten days of their stay at Hartfield it was not to be expected--she did not herself expect-- that any thing beyond occasional, fortuitous assistance could be afforded by her to the lovers. They might advance rapidly if they would, however; they must advance somehow or other whether they would or no. She hardly wished to have more leisure for them. There are people, who the more you do for them, the less they will do for themselves."

My job at the moment involves mentoring and supporting young people and this quote always sticks in my mind but particularly at this time in the work that I am doing - Jane Austen's words are just so wise. We must provide people with the tools and advice to enable them to help themselves rather than simply act to do these things for them.

I hope you all have a lovely week.

Tom Lefroy Quote of the Week 30

This weekend on June 16, 2013 we have Father's Day once again here in the U.S., so I thought it would be nice to quote something "fatherly" about Tom.
This quote is taken from the "Memoir of Chief Justice Lefroy" by his son, Thomas Lefroy, M.A., Q.C.  You can read the Memoir online HERE.    Here is the first sentence of the Memoir written by his son, Thomas, himself:
The following Memoir of the Right Honourable Thomas Langlois Lefroy, late Chief Justice of Ireland, has been written, not so much as a record of his public career as of those traits of character which, in private life, endeared him to all who had the privilege of enjoying his society; and in the hope that the bright example he has left behind, in the unswerving consistency of his political principles, the simplicity of his Christian faith, and his deep humility, may be blessed to many who knew him not while here.
Yrs aff'ly,
Linda the Librarian

Jane Austen Quote of the Week 236

I have had the subject of "Ladies Fashions" on my mind for a few years now and it hit me that I should do some 'fashion' research on Jane Austen.  Well, what I found knocked my socks off.
I discovered a page on my own web site written by my late friend, Ashton Dennis, concerning fashion in the Regency period (I almost fainted for I had forgotten about it).  Here is a quote from his page titled "Women Writers and Other Influences In Jane Austen's Time -  A Male Voices Web Page" and the first section is titled "Fashion in the Regency Period":
The time of Jane Austen was an historical period in which English fashion moved away, for a time, from the more restrictive undergarments.  Such things were worn before and after this period, but less so during.
I heartily recommend the entire page for your reading since he covers so much of the influences for Jane.  You may find the page HERE.
Yrs aff'ly,
Linda the Librarian