I had a serendipity moment last night as I was flicking through the Memoir of Chief Justice Lefroy last night and very surprised to learn that Tom Lefroy loved astronomy! Now, as I am a stargazer as well (though very very amateur…), I want to post this article, just to get another side of Tom Lefroy that we do not know. 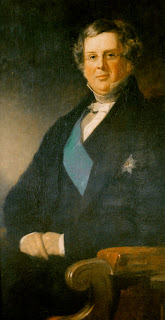 ‘I hope to-morrow to spend a quiet day with Lord Rosse, and mount to the skies by the help of his wonderful telescope, but in a better sense also by a quite Sunday passed as it ought to be in thanksgiving and praise for all the mercies of the last five weeks.’

Parsonstown, by and by, was the old name for the town of in . And Lord Rosse… now, this IS interesting. I believe he was William Parsons, the 3rd Earl of Rosse. This Lord Rosse (not to be confused with his late father) was a member of Irish Parliament from 1821 to 1834 and Chancellor of the (since 1862). In addition to those political titles, William Parsons was an Irish astronomer who was famous for his studies on nebulae or spiral galaxies. Parsons was also the man who built Leviathan of Parsonstown, the 72 inch (183 cm) telescope in Parsonstown.

The Leviathan was then the largest in the world for many decades. Its light-gathering ability performed well, exceeding the expectations, thus astronomers were able to observe 18th magnitude stars for the first time. Leviathan was also the first telescope to detect the spiral structure of some galaxies, including M51 (Whirpool Galaxy), the first spiral galaxy detected by Lord Rosse (In fact, his drawing of the galaxy was amazing and was very similar to the modern photographs of M51). In 1917, the sheer size of Leviathan was defeated by the establishment of Hooker Telescope at Mount Wilson Observatory, California. Leviathan now rests peacefully as a tourist attraction in Birr. Oh, and a crater on the Moon (Rosse Crater) was named after Lord Rosse. Lord Rosse died in 1867, two years before Tom Lefroy's death. 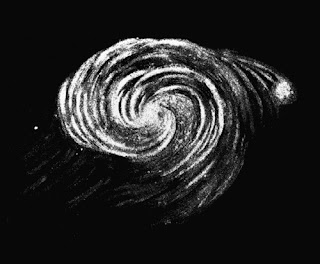 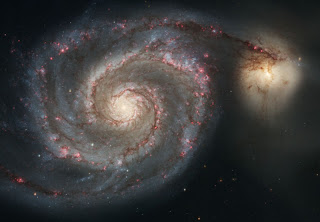 So…if my tracking is correct, Tom Lefroy was about to see and use the largest telescope in the world (after all, he later playfully referred to Leviathan as 'mighty monster' in his next letter). It was still under construction as well, for Leviathan had only been built in 1845, delayed due to the potato famine, and was only put in service in 1847. But of course Tom could afford the ‘ticket’, for he was a close friend of Lord Rosse, what with being an MP etc.

Coming back to Tom’s letter above, apparently his scientific (or romantic) view won over the contemplation side. On (Memoir, p. 241), he wrote again to Mary from Carrigglas, their home in :

‘Yesterday was indeed a most interesting day. Lord Rosse and his wife were as kind to me as possible. The wonders of his telescope are not to be told. He says – with as much ease as another man would say, “Come and I’ll show you a beautiful prospect” – “Come and I’ll show you a universe, one of a countless multitude of universes, each larger than the whole universe hitherto known to astronomers.” The planet Jupiter, which through an ordinary glass is no larger than a good star, is seen twice as large as the moon appears to the naked eye. It was all true what Doherty [a Chief Justice, more than six feet high] said, that he walked upright in the tube with an umbrella over his head before it was set. But the genius displayed in all the contrivances for wielding this mighty monster even surpasses the design and execution of it. The telescope weighs sixteen tons, and yet Lord Rosse raised it single-handed off its resting place, and two men with ease raised it to any height. 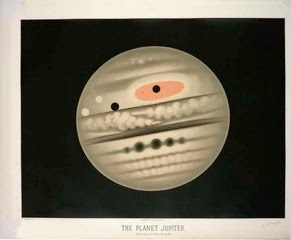 Man… despite his exceeding fondness of preaching, I begin to like this old man. Now, of course then my imagination flew away to more than 50 years from that date, when the young dashing Tom Lefroy was still in Hampshire with Jane Austen, after a ball in Basingstoke or Manydown House (when he ran away as his family laughed at him about Jane…).

In one of those nights, it was possible that he took Jane outside to the balcony or the garden and pointed at the sky. Jane then said, ‘That’s a very bright star over there. Is that Venus?’ Tom smiled and answered, ‘No. That is not Venus; it’s Jupiter. Venus is –’ he directed Jane towards the other part of the dark night sky, ‘ – there! See that bright star there? Now, that’s Venus. And it is beautiful.’ He then looked back at Jane and, after a moment of silence, added, ‘But not as beautiful as you.’

Of course, it’s only in my mind… but hey, I am a fan-fiction writer as well!