In my previous post about the book From Ireland to Western Australia by Cranfield (1960), I mentioned that (contrary to my anticipation), the book also mentions… Jane Austen! Not a lot, of course, but significant enough in the first pages to amaze me, for this book was after all commissioned by a descendant of Tom Lefroy’s nephew. Of course, the 123-page book was not as elaborate as the 424-page Memoir of Chief Justice Lefroy (written by Thomas Lefroy, Tom’s son in 1871), which did not to mention NOTHING about Tom Lefroy’s 1795-1799 episodes in England (except that he was a brilliant student, and that Tom’s and Mary’s wedding was conducted in North Wales, England). Thus, while the Memoir, understandably, said nada about Jane Austen, From Ireland surprisingly mentioned Jane in page 14, under the title of ‘Thomas Langlois Lefroy’.

Commemorating Jane Austen’s death on this July 18, here’s the quote taken from Cranfield’s From Ireland to Western Australia:

Thomas is described as a tall, pale young man, exceedingly handsome, but nevertheless a “rather silent and forbidding creature.” At the monthly dances in Hampshire, called the Assemblies, which were attended by all who had any claim to gentility, Tom Lefroy danced frequently with Jane Austen, and local gossip often linked their names.

In December 1795, when Jane Austen was just twenty-one, Tom was a constant visitor to Steventon Parsonage, the home of the Austens. He rode over most mornings, sometimes in the company of his aunt, and although Jane was not a horsewoman, they found common ground in their love of music. He had an agreeable tenor voice, while she had a light soprano, and also played the pianoforte “with great precision.” They sang duets which included melodies from Handel’s Oratorio, “Susannah”, also Scottish and Irish airs of the popular kind. Jane teased him about the manners and customs of the Irish, and she had a sharp tongue. Time went on, the friendship progressed, and yet no proposal of marriage was made. Mrs. Lefroy, Tom’s aunt, was against such a match for family reasons. The Austens, despite their gentle birth, were not rich, and that was an obstacle she could no overlook. She told Jane: “Tom is the eldest son. Certainly, he will inherit estates, but he had his own way to make, and marriage for him must be at a very uncertain distance unless he can find a girl with a good portion of her own. His mother and father would not wish him to leave his heart behind in .”

Jane replied: “You mean they would not thank him for bringing them back a poor parson’s daughter with nothing in the pocket.”

When Tom’s holiday was over, he told a friend: “I do not expect to come back at all.” It was obvious that he did not intend to take Jane back with him to as his wife, or to send for her later. The brief romance was over. Yet we learn that when he was a very old, stern and terrifying figure, he was heard to admit that “he had been in love with Jane Austen.”

Very interesting. I don’t know that Jane and Tom ever sang together…(there’s again come my regret that Anne Hathaway – having such golden voice – did not sing in Becoming Jane). Now, see this sentence from Tom: I do not expect to come back at all. I’m not sure where Cranfield got the quote from, for he indeed put it in quotation marks, but seems to me Tom did not say ‘I do not wish to come back at all’. To me, ‘do not expect’ and ‘do not wish’ are not the same, though ‘expect’ and ‘wish’ are synonyms. It seems to me that Tom did not expect to come back because of (mostly) external factors, not because he did not want to. Anyway, just my two cents. 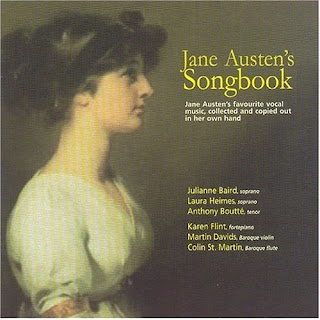 Oh, regarding the Irish music… remember I’ve posted a trivia about ‘The Irishman’ before? The Irishman is an original piece of music obtained from a music book belonging to the Austen family and now on display in Chawton House (where Jane Austen lived from 1809-1817). It is possible that the music book was used by Jane to play pieces on the piano for her family’s enjoyment. There is also a speculation that Tom gave Jane that particular book. Now, I think I am more certain that he did. 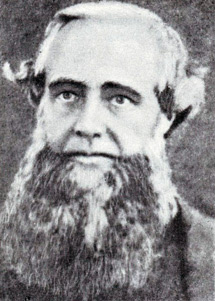 I’m not sure where Cranfield obtained his sources about Tom and Jane. He mentioned several sources for his book, including ‘a diary kept by Gerald de Courcy Lefroy [i.e. Anthony O’Grady’s brother and Tom Lefroy’s other nephew], which was found recently [pre 1960] in an old box at her Guildford, West Australia, home, by Miss Helena King, a grand daughter of the diarist’. Cranfield also derived his info from Helen Ashton’s ‘Parson Austen’s Daughter’, but he said it was for the Darcy/Lefroy reference.

I don’t have Ashton’s book with me (I should), so I will check again next time. If the info about music etc is not found in Ashton’s book, I can only conclude that most of the story of Jane Austen and Tom Lefroy was acquired from Gerald de Courcy’s diary. If Gerald as the nephew of Thomas Langlois Lefroy could obtain such information, I can speculate that Thomas Edward Preston Lefroy (Tom’s nephew) was not the only Lefroy who knew about the hush-hush Jane/Tom story. But if such info is not on Gerald’s diary, I can only thank Sir Edward Lefroy and Mr. Cranfield for including the beautiful past of Jane Austen and Tom Lefroy in a book designed and dedicated to the Lefroys. Sir Edward Lefroy already stated that he verified all information in the book, hence I am sure he approved the Jane Austen reference there.

I forgot to note that in addition to the JA reference in page 14-15, Pride & Prejudice is also mentioned in page 17, with the analysis that Tom Lefroy was the base character of Mr. Darcy. I think Cranfield took the notes from Ashton's 'Parson Austen's Daughter' (which I might have to borrow with the interlibrary loan...). Also, the Austen family is mentioned in page 20 under the title 'The Austen Family', mostly talking about Anna Austen Lefroy (Mrs. Ben Lefroy). The marriage of Thomas Edward Preston Lefroy and Anna Jemima Lefroy (Anna Lefroy's daughter) was mentioned in page 9 (titled 'Lefroy Antecedents). Is it not interesting that this book of Lefroy mentions the Austens in five pages? Had it been published in the 19th century, the book would be censored by Tom Lefroy's family!

I've received my copy of Helen Ashton's Parson Austen's Daughter. It is a novel, written in 1949 (my copy is the 1968 copy). All the info Cranfield used for Tom Lefroy and Jane Austen singing was taken from Ashton's novel (which was based on facts; she 'just' narrated the book in the novel form). Cranfield also took the scene between Jane and Mrs. Lefroy from Ashton's novel, hence it is not the verbatim conversation between the two women (we might never know...).

I still thank Sir Edward Lefroy for letting such creamy information about Jane Austen in a book of Lefroy, though!

I think you have really touched on something here. I am absolutely amazed that she was mentioned in this book considering its Lefroy background. Well done you!

Lovely quote. Thanks for sharing. This is new for me.

I enjoyed the film. Was Tom a good Justice? That Curraglas survived the Troubles is an indication? I remember a Longford Lefroy attending St.Patrck's Cathedral, Dublin over 60 years ago. He was maybe a Knight of St. Patrick. To us
(overworked) choirboys he was more importantly a friendly sort!
Surely the 16th century was early for
Huguenots to leave France (or present
day Belgium)?

Wow, Richard, you were a choirboy? I know that our librarian Linda will love to catch up with you.

And I personally think that Tom would be a good Lord Justice. Letters from his memoirs and newspaper cuts indicated so. I mean, he's not without contradictions, but in general, he was a great lawyer and judge.

It's interesting about the Longford Lefroy. Do you remember his name? But it's 60 years ago...

And yes, the first Huguenot left France in 1562, so yes, in 16th century.
http://en.wikipedia.org/wiki/Huguenot#Huguenot_exodus_from_France