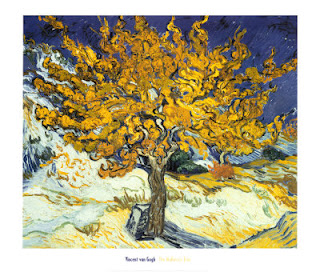 It was just last week that I wrote about the mulberry tree in Sense & Sensibility and the likelihood of it symbolizing the star-crossed love between Jane Austen and Tom Lefroy. Last night, I was again flipping through Helen Ashton’s novel ‘Parson Austen’s Daughter’, and found out another reference of mulberry tree! I have to say that although Ashton’s book is a novel, most of the data were derived from historical facts (you can consider the conversations as mostly fictional, although they were inspired by original letters and family records). Anyway, here’s the excerpt about the mulberry tree, page 195:

‘In many of the Bath gardens there were old mulberry trees with propped branches and split trunks held together with chains. The story was that Mary of Modena, James II’s Italian queen, who set up the fountain in the middle of the Cross Bath, had given these trees to the Mayor and Councillors of the city in gratitude for her cure. The trees had been sent for all the way to and boxes of silk worms had come with them, for the queen had hoped that the climate of might prove warm enough for the establishment of a silk industry. The silk worms all died quickly, but the mulberry trees did not. Several of them still survived up and down the town and one such grew behind a house half-way up Sion Hill, overshadowing the whole garden between its high stone walls.’

Mary of Modena (1658 – 1718) was of course a historical figure. She came from the city of in and married to James II of in 1673, but I’m not sure if the legend about her bestowing the mulberry trees was true. was indeed of a great importance for the silk industry in Italy circa 16th and 17th centuries, particularly to produce the silkworms. Inevitably, mulberry trees were abundant in . Mary of Modena indeed visited Bath spas circa Sept/Oct 1687, and nine months later gave birth to her son James Edward ('The Old Pretender') in June 1668. In any case, assuming that the legend of Mary and her trees was true, mulberry trees would have been seen in during Jane Austen’s time. 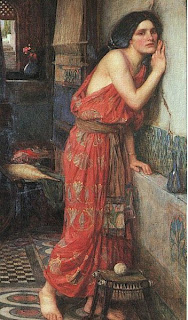 Did Jane often gaze at the mulberry trees during her stay in ? Surely she was well-informed of the legend of Pyramus and Thisbe that she would later use cryptically in Sense & Sensibility. Or, if my suspicion that Jane also had a rendezvous with Tom in in 1797 is correct, could they be strolling and rest under a mulberry tree?

Thisbe! face/palm. I LOVE that painting. I'd become rusty on the story behind it, other than the lover's/neigbour's memory. Thanks for refreshing me! Excellent post, I will re-read it when I get home from work.

Check Wiki for Pyramus and Thisbe, or

Thanks a lot, Michelle ^_^ Yeah, I also love the lovely story... poor Pyramus and Thisbe...