A day around Hampshire 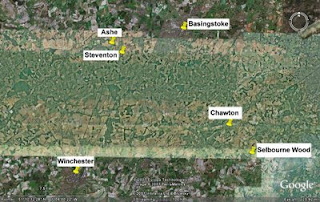 A couple of weeks ago, I decided to take myself on a Jane Austen pilgrimage across Hampshire to look at some of the sights that still remain which are linked to her. I just wanted to share my journey and show some of the pictures that I took on my travels. 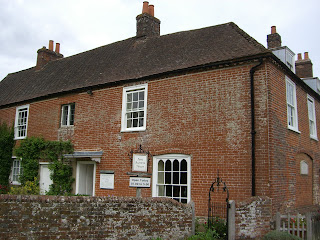 I started by travelling to Chawton in Hampshire; Janes home during the last 8 years of her life. I have been to visit the house at Chawton before but since learning so much more about Jane in the past few months, this visit was so much more rewarding. Just opposite the house is now a tea room named 'Cassandra's Cup'. It is obviously there for tourism purposes but it is the perfect place to sit to enjoy a cream tea and reflect on Jane. 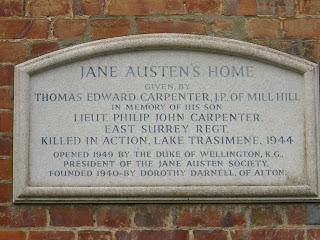 There were many people visiting the house; varied ages, backgrounds and cultures. It was fascinating. I know there is considerable criticism of Becoming Jane and other tv/film adapatations of her novels but I am just happy that they serve the purpose to increase the public's awareness of Jane Austen's existence and wonderful novels.
At the back of the house is where the Austen women kept their Donkey carriage which still exists today. This is thought to have been in their possession during the latter years, i.e. in the years leading up to Jane's death. Also on display is an original corner stone which was taken from Steventon Rectory, the adored home in which Jane lived in whilst growing up. 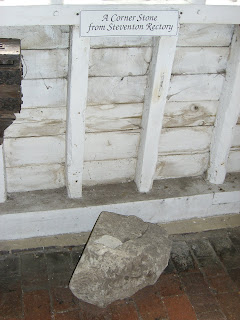 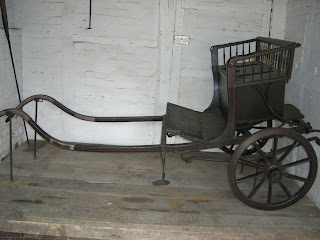 I did take some photos inside the house- i am not sure that i was allowed to (!) so i am not going to risk posting them here and breaching any copyright laws. What I can describe, however, is my opinion of the house. Although small, it has an immense amount of charm and cosiness. The bedroom that Jane and Cassandra shared is rather small and this just highlighted to me how close they must have consistently been to each other throughout their lives, both physically and emotionally. 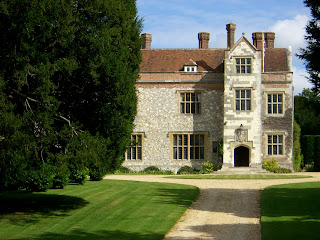 I drove down the road to where St Nicolas Church stands next to Chawton library. In the graveyard, the graves of Cassandra Austen and Mrs (Cassandra) Austen can be found next to each other. The inscriptions are still very clear as can be seen from the photo. As has been mentioned before, Mr Austen is buried in Bath and Jane is buried in Winchester Cathedral which is also well worth a visit. 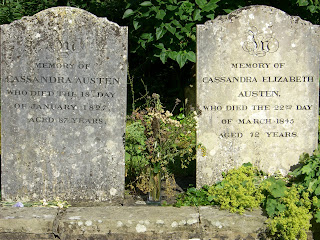 Next I left Chawton and travelled via Basingstoke to Deane, Ashe and Steventon. I attempted to find the spot in Basingstoke where the Basingstoke Assembly once stood. It is now a Barclay's bank and although I drove around for what seemed a long time, I could not find it so I must return another day as I am determined to find where Tom and Jane once shared a dance!

I arrived at Deane to find some wonderful houses and the church, All Saints. I am sure that many people that Jane interacted with would have been parishioners here. In 1764 when Steventon parsonage was not habitable, George and Cassandra Austen rented the Deane parsonage. 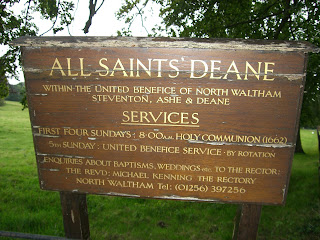 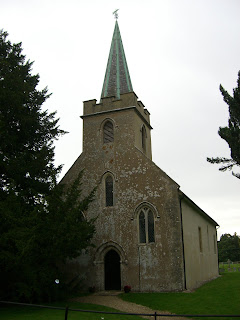 About 2 miles from Deane is Steventon where Steventon Church still remains. The rectory no longer exists but a feeling of warmth and tranquility still fills the air. There was no one around on the thursday afternoon that I visited and it was a truly beautiful few moments. I just sat and imagined that little over 200 years ago when all these people that we are so frequently reading and learning about here on this blog were in the spot that I was standing. I wonder what they were thinking and feeling......? On my drive back towards Ashe and Deane I stopped besides the woods. The very trees that I was looking at were most likely to have been there when Jane was. I am sure that she would have walked through these very trees to visit Ashe, the home of the very special family to her, the Lefroy's.......... 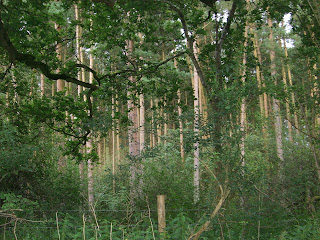 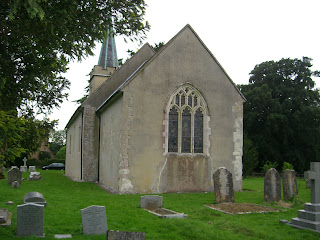 It looks absolutely beautiful -- how fortunate you were able to see such fantastic things. Thanks for the photos and sharing your story!

Thanks Megan. If only I could share more photos. All I can say is that I hope that everyone has the chance to go aswell. I have been saying to Icha ever since how I want to move to Steventon- it really is one of the most beautiful places.

My eyes are red due to lack of sleep... and green with envy now, my dearest friend!

Imagine, you tracing back the steps of Tom and Jane! And soon, you will be in Ireland as well, tracing Tom's steps! Bless him and you both... I am sure Linda will also be sooo green with envy!

I love all the pics, especially the All Saint's Deane, Steventon Church, Chawton Library, Cassandra's and Mrs. Austen's graves... oh. I actually love them all!

Oh, wonder when I can visit those places with you?! In the mean time, thank you so much for sharing this with us!

Wonderful pictures and very emotional descriptions--thank you for sharing this!

Your pictures came out so much better than the ones I made in '03! They are gorgeous and your words so touching! What memories they bring back. Thank you so much.

Thank you for sharing these with us, Rachel! You must have had an incredible time. I'm completely jealous (in an entirely positive way ;p) that you live close enough to drive to these historic places. Wow!

I can't imagine how it must have felt to be in the same area and spaces that were once inhabited by Jane and friends ... very special. :)

oh my! thanks for sharing! isn't it amazing that we in the 21 century can go there and take a look at her "life"? wow!