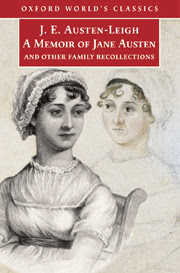 An episode of Jane Austen that we did not know sufficiently was, among others, the period. Last night I was reading Memoir of Jane Austen (Austen-Leigh 1871, Oxford edition 2002) when a letter caught my attention. It was the letter from G.D. Boyle, Vicar of Kidderminster, who wrote to James Edward Austen-Leigh (JEAL) on (Memoir of JA, p. 195-197). Mr. Boyle had a friend called Mrs. Barrett who apparently knew JA when she was still alive. JA wrote to her several times, but the letters got lost, hence cannot be included in the Memoir of JA. Upon learning that JEAL planned to publish a memoir of the famous authoress, Boyle wrote to JEAL to add some info he had learned from Mrs. Barrett (that had passed away in 1866). This is the excerpt of the letter:

…I saw in the literary announcements of the autumn that you were engaged on a life of the incomparable novelist, Jane Austen; and I am tempted to tell you what I sincerely wish was better worth your attention.

I was on intimate terms with a lady who died a few years ago, Mrs. Barrett, whose maiden name was Turner or Edwards/…/Mrs. Barrett was no ordinary woman. She had read widely and wisely, and preserved that most rare of gifts, the power of entering fully into the tastes, ^and especially the intellectual tastes,^ of a younger generation than her own. She had enjoyed the friendship of some remarkable people; but I think I was more interested in hearing her recollections of the author of ‘Persuasion’ than in any other of the reminiscences she recalled. Most unfortunately for the purposes of your biography she had lost, through the carelessness of a friend, a series of letters from Miss Austen of great interest.
…
Mrs. Barrett declared that to a perfect modesty of a character she [JA] united a real judgement of her own powers, and that on the appearance of a good review (I almost think it was one by Archbishop Whately in the Quarterly, at one time printed among Sir W. Scott's miscellanies) she said, 'Well, that is pleasant! Those are the very characters I took most pains with, and the writer has found me out.'

To a question 'which of your characters do you like best'? she once answered, 'Edmund Bertram and Mr. Knightley; but they are very far from being what I know English gentlemen often are.'

The change of ideas as to clerical duty may be discovered in a fact mentioned by the same lady, that Miss Austen was once attacked by an Irish dignitary, who preferred a residence at Bath to his own proper sphere, 'for being over particular about Clergymen residing on their cures.' This was, of course, in allusion to the conversation of Bertram & Crawford in . There is one fragment more which I would willingly linger on and expand, - the tribute of my old friend to the real and true spring of a religion which was always present though never obtruded. Miss Austen, she used to say, had on all the subjects of enduring religious feeling the deepest and strongest convictions, but a contact with loud and noisy exponents of the then popular religious phase made her reticent almost to a fault. She had to suffer something in the way of reproach from those who believed she might have used her genius to greater effect; but her old friend used to say, ‘I think I see her now defending what she thought was the real province of a delineator of life and manners, and declaring her belief that example and not “direct preaching” was all that a novelist could afford properly to exhibit.’ – Mrs. Barrett used to add, 'Anne Elliot was herself; her enthusiasm for the navy, and her perfect unselfishness reflect her completely.'

I wish I had more to write. I often approached the subject, but 4 years have passed away since Mrs. Barrett died.

Chapman (1949) explained that G.D. Boyle was indeed the Vicar of Kidderminster (starting in 1867) and subsequently became the Dean of Salisbury. Mrs. Barrett’s identity was rather enigmatic. However, Boyle said that she was ‘no ordinary woman’, and hence a reliable witness. Chapman proposed that Mrs. Barrett’s maiden name was Anne Sharp, occasional governess to Edward Austen’s children at Godmersham. Jane’s single surviving letter to Anne Sharp was dated from Chawton, two days before Jane and Cassandra moved to . Jane addressed her friend as ‘Dearest Anne’ (Letter 145) (Chapman 1979). 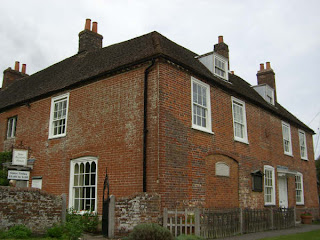 The ‘Jane Austen: A Family Record’ (Faye et al. 1989) mentioned that Mrs. Barrett was a woman Jane met in Chawton/Alton district circa 1813-1816. That made sense, for then Mrs. Barrett could talk of with Jane Austen. Mrs. Barrett's later comment on Persuasion that was published postmortem was definitely made in or after 1818. Afterwards, Le Faye did more research and, in 1999, suggested that Mrs. Barrett was actually Ann Barrett (nee Edwards) who married Mr. Charles Barrett (1773-1844) on . At one point, the Barretts moved to and assisted the business in Chawton estate. Hence, they were in acquaintance with Jane Austen until 1816 when they moved to .

Miss Austen was once attacked by an Irish dignitary, who preferred a residence at Bath to his own proper sphere, 'for being over particular about Clergymen residing on their cures.'

Blimey. Did Jane know of an Irish 'dignitary' other than Tom Lefroy? Not that I know of... but I may be wrong... 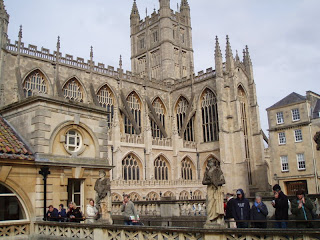 And the fact that Jane actually talked about an Irishman with Mrs. Barrett! We have to remind ourselves that Tom Lefroy was already a famous lawyer in 1814; hence, a ‘dignitary’. If this Irish dignitary was indeed Tom Lefroy, Jane would not express her deep relationship with Tom, albeit a matter of past recollection. No, Jane would only talk of Tom with Cassandra, and Henry at the most. It is very likely that Jane just referred to Tom as an Irish dignitary she once knew that 'attacked' her (verbally, I suppose) while discussion clerical duties. This Irishman once resided in Bath (a holiday residence can still be called a residence, I guess), and he might like Bath better that time than 'his own proper sphere', which might means London or Ireland, particularly Limerick (duh! He had tons of responsibilities in ).

While discussing this letter, Linda explained to me that the later part of the sentence, 'for being over particular about Clergymen residing on their cures', might mean that either the Irish dignitary (i.e. Tom) or Jane herself (possibly Jane) suggested that a pastor should live in the parish where he served in order to better take care of his duty to the parishioners, and that the other party (possibly Tom) might not agree with it.

But the letter still adds to my suspicion. Provided that it was Tom Lefroy that Jane talked about, Tom might indeed visited . Very likely, the conversation on ‘clerical duty’ took place when Jane and Tom were together in Bath, i.e. in 1797. Nonetheless, something (or many things) happened that finally convinced the Irish dignitary to return to his own proper sphere… and Jane was left alone.