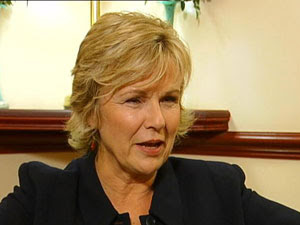 She is relatively short at 5ft 3inches and is known to many as a comedienne, being very comfortable and familiar on the stage. She is also a best-selling author but is most recognised for her acting, in which she has managed to achieve 3 BAFTA awards, 1 Golden Globe and 2 Oscar Nominations during her, still flourishing, career. She has universal fame and is highly respected by all in the entertainment industry so we are most honored that she would fulfill such an important role as Mrs Austen in Becoming Jane.

Julie Mary Walters was born on February 22nd 1950 in Smethwick in Birmingham. She is the youngest child to her Irish, Catholic family and has two older brothers. Her parents, Thomas (a builder and decorator) and Mary Bridget (a postal clerk), worked full time when Julie was a child and did not encourage reading or education in their home. Consequently, Julie was a rebellious child and truanted from her school; Holly Lodge Grammar School. She was expelled and this lead Julie to begin training as a nurse at Queen Elizabeth Hospital in Birmingham. Half way through her training, however, she decided to leave and pursue the study of English and Drama at Manchester Polytechnic; this fickle behaviour dismayed her parents, but they would later be very proud of their daughter’s achievements. 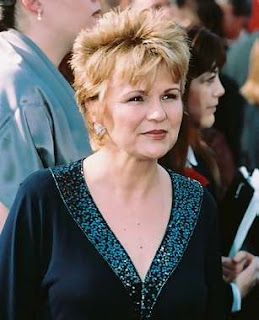 At the Polytechnic she formed a very strong friendship with a Victoria Wood; little did she know the professional consequences of this relationship. When she had finished studying, Julie joined a theatre company (Everyman) in Liverpool which was headed by Jonathan Pryce and concentrated on bringing live theatre into the heart of the community; a variety of talented actors would perform in a diverse number of venues such as schools, clubs and pubs. She was a member of the Vanload troup and the company eventually expanded and soon started formulating pieces for the television and more recognised stage venues. Julie performed in a number of TV plays, including Breezeblock Park and Me! I’m Afraid of Virginia Woolf. She also appeared in stage productions of As You Like It, The Glad Hand and In At The Death; the latter featuring the rising star Victoria Wood. They had such a strong partnership that the Wood and Walters show (Granada TV, 1982) was launched.

Away from this partnership, at the age of 30, she was about to star in her biggest stage hit, The Royal Shakespeare Company’s version of Willy Russell’s Educating Rita, alongside Mark Kingston, which started in the Warehouse Theatre but upon becoming a hit, was transferred to the Piccadilly. Two years later, in 1983, Educating Rita was adapted into a film, and the leads, Julie and Michael Caine, were both nominated for an Oscar. Julie won a Golden Globe for her role. The 1980’s was a busy decade for this successful actress and her part in Personal Services (1987), the true story of Cynthia Payne, a naïve working woman, would earn her a BAFTA nomination.
In 1985 in a London bar she met a sociology student, Grant Roffey, and they had a child, Maisie in 1988. Maisie suffered from Leukemia at the age of three and this trauma spurred Julie to write a book called Baby Talk. She took time off during Maisie’s illness and did not return to acting until her daughter was in remission. Julie and Grant married in 1997 in New York and they now own a 70-acre organic farm in Sussex.
The 90’s proved to also be a very busy decade for the talented actress. She starred in Stepping Out and Wide-Eyed And Legless (also featuring Jim Broadbent), both of which led to BAFTA nominations. In 1998, Julie and Blenda Blethyn appeared in Girl’s Night, originally made for TV but considered elite enough to feature on the stage. Blethyn’s character was diagnosed with cancer and the opinionated character played by Julie is forced to learn a lot about life.
Julie was reunited with Victoria Wood in the comedy series Dinnerladies (1998) which proved to be very popular here in the UK and received much recognition and many awards. She won an OBE in 1999 for her services to drama. 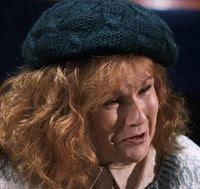 Next, with a new century, came the mighty success of Billy Elliot, where Julie played the dance teacher to the working class boy who wanted so desperately to become a ballet dancer. She was nominated for an Oscar. In recent years, she is probably most known for her role as Ron Weasley’s mother in the Harry Potter films. Between the success of the Harry Potter franchise, she found time to appear in many powerful TV drama’s such as My Beautiful Son, Murder and The Return; all heart-wrenching performances. She also starred in the film Calendar Girls, playing Annie Clarke in the true story of the power of the Women’s Institute.
The film also starred Helen Mirren and became a success among a variety of audiences, particularly for its originality. 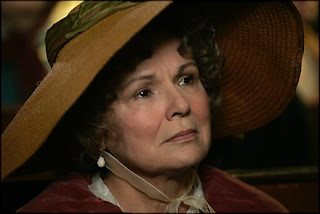 In 2006, she, of course, starred as Mrs Austen in Becoming Jane, the mother of Jane and a firm believer that her daughter must consider the importance of marrying into money. She approached the character so well and there is a very poignant scene in the film between herself and Jane (Anne) regarding the status of women at that time and the consequences of following your heart; it is so well delivered. 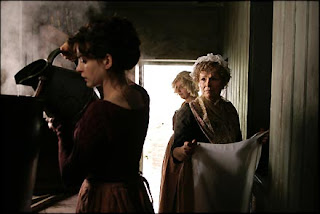 Next she will be in the film adaptation of Mamma Mia, the ABBA musical, and the film will also star Meryl Streep. Throughout her career she has made over 72 TV and film appearances and is so popular within the entertainment industry that she is sure to remain so for many years yet.

I love Molly Weasley! Can;t wait to see her battling that *&$^# Bellatrix in the HP and Deathly Hallows movie!

And thanks Rachel for the article. Julie Walters was indeed the perfect Mrs. Austen! Anne and her created such mum-daughter chemistry. I especially love the scene where Jane played the piano somberly after returning from the elopement, and Mrs. Austen just hugged her.

Icha, that's one of my favourite scenes. So beautiful...

Rachel, thanks for this article! I really enjoyed it, and I didn't realise JW was cast in Mamma Mia. The cast list for that film is shaping up impressively. :)