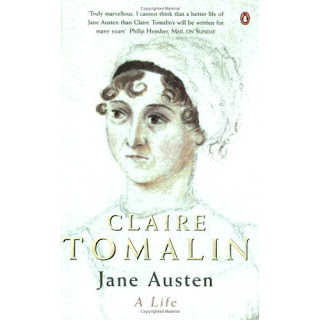 After checking several Austen biography books, I concluded that not many biographers acknowledged the serious relationship between Jane Austen and Tom Lefroy. Heh, even James Edward Austen Leigh (JEAL) and Jane’s other families were very careful in mentioning Tom Lefroy in ‘A Memoir of Jane Austen and Other Family Recollections’ (1871-1869). The Chief Justice of Ireland was only mentioned twice in page 48 and 186, with a pinch of warning from niece Caroline Austen that JEAL should avoid ‘raking up that old story of the still living ‘Chief Justice’ – That there was something in it, is true – but nothing out of the common way – (as I believe)’.

Okay… so denial and confirmation in one statement, I believe. Caroline Austen’s letter to JEAL also demonstrated how Jane/Tom affair was actually a common gossip in the Austen family. And I understand that the family chose the hush-hush policy to avoid stirring the 'murky' water.

On the contrary, transparency and revolutionary ideas coloured Claire Tomalin's Jane Austen: A Life. The author started the book by describing that ‘The winter of 1775 was a hard one’. The year 1775 was the year when Jane Austen was born, December 16 as we mostly knew. Tomalin then proceeded with JA’s childhood and teenage life, including her school days she spent with her sister Cassandra. Her style was very nice to read, and I found that although she did not mention Tom Lefroy at all until the beginning of Chapter 11 (A Letter), I enjoyed reading other chapters as well. Henry-Eliza lovers will no doubt find particular satisfactions here, for Tomalin took care of the couple very well in her book.

I also found it interesting that Claire Tomalin was the first biographer who openly acknowledged Tom’s deep impact upon Jane’s life. It is also a bit saddening for a Jane/Tom fan like me that the acknowledgement was ‘only’ bestowed in 1997 by the time Jane Austen: A Life was first published, i.e. prior to 1997, Tom Lefroy was basically considered as a ‘passing stage’ (for lack of better terms) in Jane’s life. But Tomalin did not see the Irishman as a mere ‘passerby’ who happened to attract Jane’s heart during a country ball. Indeed, Tomalin accepted the magnitude of Jane/Tom failed romance (Ch 12, Defence Systems, p. 122); that falling in love with Tom was:

‘A small experience, perhaps, but a painful one for Jane Austen, this brush with young Tom Lefroy. What she distilled from it was something else again. From now on she carried in her own flesh and blood, and not just gleaned from books and plays, the knowledge of sexual vulnerability; of what it is to be entranced by the dangerous stranger; to hope, and to feel the blood warm; to wince, to withdraw; to long for what you are not going to have and had better not mention. Her writing becomes informed by this knowledge, running like a dark undercurrent beneath the comedy.’ 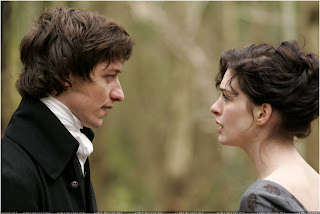 Tomalin further suggested that ‘writing is what she [Austen] increasingly turned to now’. And it was apparently true, for from 1795-1799, Jane Austen produced three major novels of hers (Northanger Abbey, Sense & Sensibility and Pride & Prejudice), all before she reached her 24th birthday.

Claire Tomalin did not only mention Jane/Tom relationship from the youngsters’ point of views. Tomalin reviewed how considerate Mr. Austen was in inquiring after the young Lefroy to Mrs. Lefroy (JA letter, ). Apparently, the young Tom Lefroy had visited Hampshire in 1798, a few days before Jane’s arrival from visiting her family in . Jane Austen was ‘too proud to make any inquiries’. Thanks to Mr. Austen, Jane ‘learnt that he was gone back to in his way to , where he is called to the Bar and means to practise.…’

Tomalin also proposed that Cassandra might feel that the Jane/Tom relationship was too dangerous to be publicly known; hence Cassandra destroying letters prior to and letters of the entire 1797 (which was a very important year for the Austens). Tomalin deducted that ‘the first letter about Tom Lefroy can have survived only by mistake’. Interestingly, this first letter about Tom () was also the very first surviving letter of Jane Austen.

In short, if time permits, read Jane Austen: A Life. Though I have not read Spence’s Becoming Jane Austen, I bet that both books are a very good compatible set for Jane/Tom lovers. Indeed, Julian Jarrold &c also used Tomalin’s book as another anchor for Becoming Jane, in addition to Spence’s Becoming Jane Austen (2003), to support their revolutionary idea of a famous spinster like Jane Austen falling in love with a rogue Irishman. The book also contains a picture of the young Tom Lefroy, painted by G. Engleheart 1799. I will post the picture once I scan it. The book itself has been reprinted twice after 1997, i.e. in 1998 and 2000. The 1997 edition was published by Viking before Penguin Books took over the publication for 1998 and 2000.

I think, too, that as one gets older (and wiser, presumably) one has more authentic experiences to draw upon. Jane was always a prolific writer, but who knows what sparks the creative muse in anyone?

We will never quite know Jane's true feelings about the man/men she loved, as her sister made certain that such intimate personal observations did not survive.

LOL! Apparently, after Tom Lefroy, several gentlemen were introduced to Jane's life, but none seemed to really persuaded her to end her single life. There's a very interesting paper from John Halperin (Jane Austen's Lovers), Studies in English Literature,1500-1900, Vol.25, No.4, Nineteenth Century.(Autumn,1985),pp.719-736.

It is quite fun to read.