If You Want to Get Ahead, Get a Bonnet

I am sitting here hanging out for the final episode of Sense & Sensibility '08 to be uploaded to YouTube, and I came across this interesting article about the Classics and television. I really enjoyed it, so I thought I'd share. Read the full article here. 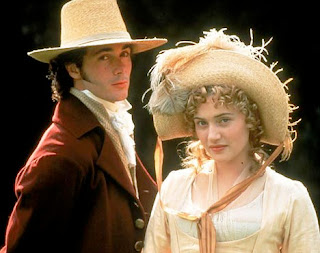 "...At the soppier end of the spectrum, we may be invited to have a wallow in a gentler, less confused society than our own. The majority of the classic-novel adaptations, though, offer less straightforward consolations: reminding us that no golden age has ever existed - or that for most people, and especially most women, life might even have improved a bit over the past few centuries.
In fact, rather than being a reaction to today's society, the popularity of costume drama is, for my money, far more likely to be a reaction to the rest of today's television. After all, modern drama has just as many conventions - and quite a lot of them are looking pretty clapped-out by now. 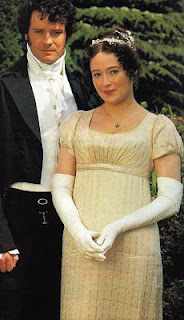 In almost any contemporary popular drama, you can expect the women to be a relentlessly feisty bunch. The men, meanwhile, tend to be either dull, absurd or nasty. In that context, it can be a huge relief for viewers, and presumably scriptwriters, to be faced with something a little more grown-up and complicated.
The main reason, then, as to why costume dramas are still going so strong might well be an embarrassingly simple one: that they're very good. Even more obviously, they're very good not just because British actors can do them so beautifully - but because they're based on such good books.

In Northanger Abbey, Jane Austen famously breaks off from the story to offer a bullish defence of her craft against anybody impudent enough to use the phrase "only a novel".
"Only a novel," she more or less yells, "in short, only some work in which the greatest powers of the mind are displayed, in which the most thorough knowledge of human nature, the happiest delineation of its varieties, the liveliest effusions of wit and humour are conveyed to the world."
This is why the most successful costume dramas are those that have complete confidence in the source material.
Pic 1: Kate Winslet & Greg Wise as Marianne & Willoughby from: Dailymail
Pic 2: Jennifer Ehle & Colin Firth as Elizabeth & Darcy from: Geocities

Okay, I really 'fess that Winslet Marianne's bonnet was one of the best bonnets I've seen in Regency movies/series. Simply adorable. And her overcoat as well!

Oh, but actually Marianne-Winslet and Willoughby-Wise made a great screen couple too! If only Willoughby was Wise enough to retain some senses... But then, we have Col. Brandon! Alan Rickman's!

And I agree. BBC costume dramas are simply the best!

Ah, I know - isn't she beautiful?! The colours are gorgeous on her, too. I love their partnership - Wise IS Willoughby for me, and as for Kate, well, she's my favourite actress, hands down. Love her. (Emma Thompson-Greg Wise are married - do you know that? Such an awesome, real-life couple!) Actually, there's quite a few "Austen pairings" Hmm..

You've got to love the BBC. Now, as long as they stay on the Classic's Straight and Narrow ...

Let me finish with - ALAN RICKMAN!!! What a Brandon.

I have just had a chance to have a good look at the blog (should never let myself become too busy to keep updated!) Thanks so much Michelle for the amount of time you have spent posting!

I finished watching the last episode of Sense and Sensibility 08I was really really impressed. Much better than I thought it could be- you all know my love for the Ang Lee version (1995). Even looking at the picture insert of Marianne (Kate) and Willoughby (Greg) makes me swoon. I think I am going to have to make a post about this.....

Rachel, if you'd like to write a review for the blog about SS 2008, you're most welcome! Other viewers as well. M, you want to do that as well? That would be fun indeed!