Quote of the Week - Christmas Edition! 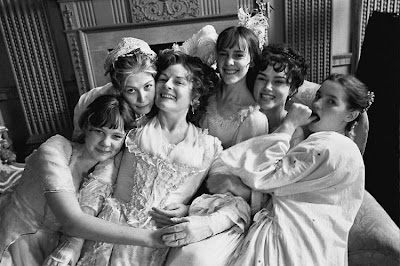 Because this is the season for celebrating love with our loved ones, I wanted to share a family-themed quote. Luckily, Jane's work is full of family ... and when I thought 'family' and 'Jane Austen' ... well, there is really only one family to go to - the Bennets.
The quote is taken from the end of Pride and Prejudice, chapter 60:
Mrs Philip's vulgarity was another, and perhaps greater tax on his forbearance; and though Mrs Philips, as well as her sister, stood in too much awe of him to speak with the familiarity which Bingley's good humour encouraged, yet, whenever she did speak, she must be vulgar. Nor was her respect for him, though it made her more quiet, at all likely to make her more elegant. Elizabeth did all she could, to shield him from the frequent notice of either, and was ever anxious to keep him to herself, and to those of her family with whom he might converse without mortification; and though the uncomfortable feelings arising from all this took from the season of courtship much of its pleasure, it added to the hope of the future; and she looked forward with delight to the time when they should be removed from society so little pleasing to either, to all the comfort and elegance of their family party at Pemberley.
This quote, for me, sums up so much of what we love and struggle with with families and relationships ... and I love the different family units represented within this passage - the extended family with their quirks and foibles, and Lizzie and Darcy, who are in the process of creating their own family unit.
This Christmas season I hope you can celebrate love and life with your loved ones, with some Jane on the side. Take care, friends. On behalf of Icha, Rachel, Linda and myself - Merry Christmas! Have fun. :D
Pic: Pride & Prejudice 2005 from: http://images2.fanpop.com/images/photos/3900000/The-Bennet-Family-pride-and-prejudice-3942573-750-499.jpg 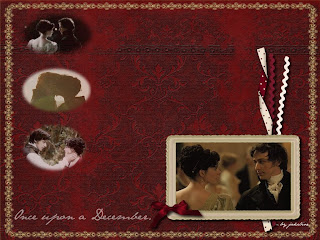 Anyone else wish to give us all Christmas and New Year pressies?

Jane Austen Quote of the Week- Week 87 by Linda 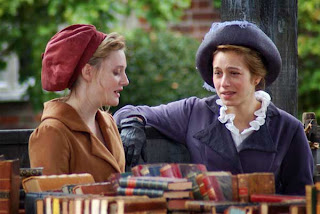 With all this talk lately about the new “Emma” production, I was enticed to reread “Emma” again, mainly because it had been several years since I had first read it. So I will start with Chapter 2 where we find this after a description of Mr. Weston’s character and finances:

"He had never been an unhappy man; his own temper had secured him from that, even in his first marriage; but his second must show him how delightful a well-judging and truly amiable woman could be, and must give him the pleasantest proof of its being a great deal better to choose than to be chosen, to excite gratitude than to feel it."

Here he is speaking of Miss Taylor as his ‘second’ wife. This gives us a clue as to what a man looks for or, should I say, what we ladies should be. I might add that though he does the ‘choosing’, it hopefully goes without saying that he loves the lady too.

Now, the completely opposite of this situation is found in the very next paragraph where the brother and his wife of the first Mrs. Weston is discussed. You will recall that they are the ones who adopted Mr. Weston’s son, Frank as a child and even gave him their name, thusly we have Frank Churchill. We find this about the Aunt:

"The aunt was a capricious woman, and governed her husband entirely;"

Wow, what a difference! What is truly amazing is that just this weekend I was able to watch the TV series “The Barchester Chronicle” – all 7 episodes. The Bishop’s wife was just such a woman as Mrs. Churchill. Hm, I wonder if Trollope ‘borrowed’ something from our dear Jane Austen.

XMas decorations from Maria and Mariana

I must apologise to Maria (Sweden) for taking a solid fortnight to put her beautiful XMas gift: an amazing deep red Becoming Jane banner on the blog. But now it's up there as you all can see, and also down here.

Mariana from Canada also made lovely XMas decorations for us, particularly Emma09 fans like me, and I really wish I could hang them on my XMas tree.... 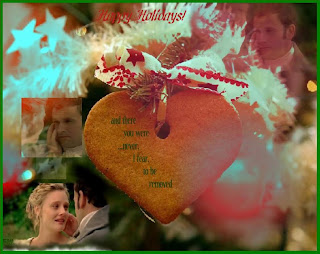 Thanks so much Maria and Mariana! Merry Christmas everyone! May peace and love be on Earth and in our hearts. 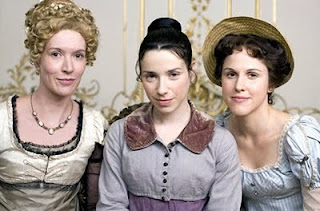 This week’s quote returns us to Persuasion with a quote that struck me for its truth, despite it being ‘dedicated’ to Elizabeth Elliot instead of Anne Elliot. Persuasion, Chapter One:

“It sometimes happens, that a woman is handsomer at twenty-nine than she was ten years before; and, generally speaking, if there has been neither ill health nor anxiety, it is a time of life at which scarcely any charm is lost. It was so with Elizabeth; still the same handsome Miss Elliot that she had begun to be thirteen years ago; and Sir Walter might be excused, therefore, in forgetting her age, or, at least, be deemed only half a fool, for thinking himself and Elizabeth as blooming as ever, amidst the wreck of the good looks of every body else; for he could plainly see how old all the rest of his family and acquaintance were growing. Anne haggard, Mary coarse, every face in the neighbourhood worsting; and the rapid increase of the crow's foot about Lady Russell's temples had long been a distress to him.” (emphasize my own)

Again, I understand that this quote was for Elizabeth Elliot, a character I have no sympathy at all in Persuasion. However, the bold line has its own grain of truth. There are women (and men) I’ve met who are more beautiful as they age… and to me, this pronounced beauty as they age actually owes a great deal to the maturity and wisdom of those people (I would exclude Liz Elliot from this case). I’m not only talking of women and men aged 30… I’m also talking about those entering their forties… fifties… sixties… and so forth.

True, the beauty will be different for each age group, but the essence is still the same. It’s still beauty. Of course personal hygiene and the understanding of the best type of clothes and colours to wear add up to the physical beauty, but if beauty is earned from wisdom and understanding, it lasts much longer than if it is earned from mere superficial cosmetics.

This week the quote i have chosen is from Northanger Abbey (chapter 14).

This quote is a fantastic example of Jane's facetiousness in relation to the gender issues which are often present throughout her novels.
The following paragraph attempts to explain and give reason for Henry Tilney's attraction to Catherine Morland.

"She was heartily ashamed of her ignorance. A misplaced shame. Where people wish to attach [i.e. attract], they should always be ignorant. To come with a well-informed mind is to come with an inability of administering to the vanity of others, which a sensible person would always wish to avoid. A woman especially, if she have the misfortune of knowing anything, should conceal it as well as she can. The advantages of natural folly in a beautiful girl have been already set forth by the capital pen of a sister author; and to her treatment of the subject I will only add, in justice to men, that though to the larger and more trifling part of the sex, imbecility in females is a great enhancement of their personal charms, there is a portion of them too reasonable and too well informed themselves to desire anything more in woman than ignorance."

I think that this quote is of absolute brilliance. I think that Jane is showing her feminism whilst maintaining a very humorous read for her audience. The tone is of mockery and I think that it is highly ironic; women at this time were rarely in ignorance and often grouped together in a camouflaged intelligence. Humans are interesting beings arent they??
Jane is so witty here and proves beyond doubt that she is very far away from the definitions of imbecility and ignorance! 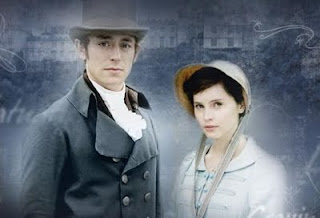