The Jane Austen Book Club will be released on Region 1 DVD and Blu-ray on 5 February 2008, one week before the USA DVD/Blu-ray release of Becoming Jane. 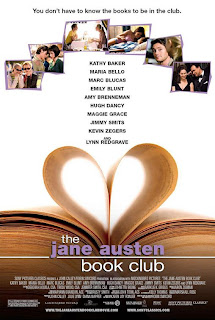 Oh happy day! The date for the Becoming Jane dvd-release in Sweden is set to 30th of January 2008! I am making a reservation now!

Maria, thank you! Your fanfic is already on our list (left-side bar under the Fan-fiction). Thanks again!

ugh! this movie out before BJ here in USA?!
scandalous!! : (