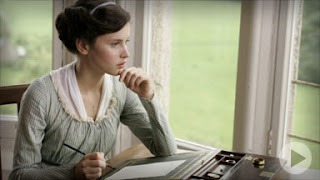 Sorry for the late installment of this week’s JA Quote; Team Jane have been busy bees as of late. Anyway, I thought of this quote a few days ago, and am quite relieved to be able to write about it now.

“A woman especially, if she have the misfortune of knowing anything,
should conceal it as well as she can.”

Many Austen fans said that Jane Austen truly understood human nature, and I still have to yet again acknowledge that. Why…as I said, I thought of this quote a few days, and it was when I had to face several men who opposed my opinion on an environmental issue. Being an avid environmentalist, I spoke out what I believed in, and was hoping for a good discussion entailing that.

But perhaps, I was too outspoken, and what I got was just those men staring at me as if I was not allowed to make any comments. Or perhaps they did not agree, but they didn’t want to ‘stir the water’ by rebutting my argument. They did resume the discussion though, after I left, and I bet they were refuting my points freely when I was not around. Too bad; all I wanted was a good discussion on my points and how to come out with the best solution. Perhaps, in a patriarchal society as I was in that day, I had breached the traditional convention. Sigh.

Or perhaps, as Marianne Dashwood noted in Sense & Sensibility, “Had I talked only of the weather and the roads, and had I spoken only once in ten minutes, this reproach would have been spared.”

Dear Icha,
I’m sorry you were made to feel uncomfortable by the reaction of some men to your outspoken opinions. If I may try to put a positive spin on it, perhaps they were brought up to be ‘polite’ and felt uncomfortable arguing with a female on what they regarded as a controversial subject. Of course, their regarding environmentalism as controversial does not bode well for their being sensible men. I suppose this quote from Emma (Chapter 8) is not really applicable here; but since it is one of my (many) favorites from the magnificent Miss Austen, I will offer it anyway:
“Men of sense, whatever you may choose to say, do not want silly wives.”
Regards, Bilbo

Thank you my dear friend for offering me the positive side (and Mr. Knightley's sensible quote). I guess you might be right, too; they wanted to be polite and not arguing with me. But still it made me uncomfortable, and sometimes a fish out of the water.

My sociologist friends will tell me of patience and genteel persistence in facing these types of stakeholders. But sometimes patience is so hard to conduct.

I'm afraid of going too personal here, but the blog is for sharing too. And of course, I don't mean to say that I don't meet lots of sensible men out there. Alas, they were not the ones I met on that very occasion. Perhaps I should be less 'Lizzy Bennet' and more 'Elinor Dashwood' in facing such people.

I believe this week´s quote was used as a subheading to "Becoming Jane",but I´m sure you know that:)

I think you were simply "too hot to handle" or rather, your issue was. Good on you Icha, for speaking out about what you passionately believe in. If more people spoke out, and most importantly, acted on their convictions, the world would be a MUCH BETTER PLACE!

Well said Michelle! There are not enough confident, opinionated women who are not honestly afraid of the reactions to their controversial opinions. I am proud to know you Icha!

Do you have any idea who bought the Lefroy miniature from the Hardens in 2008, if in fact it did sell?

Thanks for your message, but my apologies, I have no answer for that. It's been a while since I followed the Jane Austen - Tom Lefroy saga... but I hope you will be able to find your answer soon...