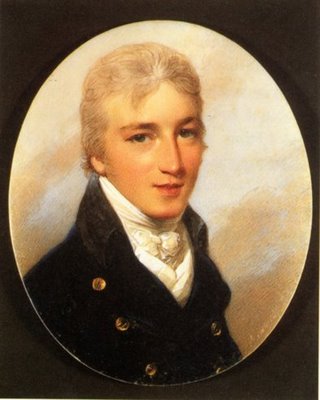 A friend of my friends passed away last week, leaving many of them shocked because of his sudden departure. While I do not know the deceased in person, I have ever since learned that he was a very amiable gentleman with a great sense of humour, a great father, and a loving husband. To him I dedicated this quote, which was taken from The Memoir of Chief Justice Lefroy page 386. The young Tom Lefroy was reminiscing the last moments of his late father’s life.

To the last he retained a cheerful and patient endurance under suffering which often elicited the astonishment and admiration of those who attended upon his sickness. I remember in his last illness (only two days before he was taken from us), after he had spent a very wearisome night from want of sleep, and great oppression of breathing, we closed the window-shutters in the morning, in the hope of his getting some sleep; just then the physician for whom an express had been sent, arrived from Dublin. After feeling his pulse, the doctor asked whether it would annoy him if the window-shutters were opened for a moment, when he replied with a cheerful smile, “not at all, doctor, I always like to have light thrown upon a subject.”

Apparently, Thomas Langlois Lefroy braced the last moments of his life in great courage and high spirit. May the friend of my friends also felt the same grace and spirit as Heaven opened up to him, and may he rest in peace.

My regards to your friend's friend. Sudden departures are heart wrenching.

My thoughts are with your friends Icha, life can be very cruel.
xx

My condolences to you and your friend, dear Icha. We are never prepared it seems for such things. My thoughts are with you also. Take care and I send Love from