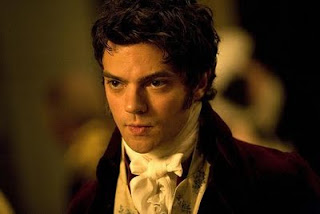 In Sense and Sensibility, tucked away in Chapter 44, Jane Austen has given us a character lesson to be heeded when rearing children. These are Elinor’s thoughts after Willoughby’s confession when he heard that Marianne was dying:

Elinor made no answer. Her thoughts were silently fixed on the irreparable injury which too early an independence and its consequent habits of idleness, dissipation, and luxury, had made in the mind, the character, the happiness, of a man who, to every advantage of person and talents, united a disposition naturally open and honest, and a feeling, affectionate temper. The world had made him extravagant and vain; extravagance and vanity had made him cold-hearted and selfish. Vanity, while seeking its own guilty triumph at the expense of another, had involved him in a real attachment, which extravagance, or at least its offspring necessity, had required to be sacrificed. Each faulty propensity, in leading him to evil, had led him likewise to punishment. The attachment, from which against honour, against feeling, against every better interest he had outwardly torn himself, now, when no longer allowable, governed every thought; and the connection, for the sake of which he had, with little scruple, left her sister to misery, was likely to prove a source of unhappiness to himself of a far more incurable nature. From a reverie of this kind she was recalled at the end of some minutes by Willoughby, who, rousing himself from a reverie at least equally painful, started up in preparation for going, and said:

"There is no use in staying here; I must be off."

There are so many ‘treasures’ Jane scattered throughout her novels that one has to carefully read each page. As the teacher/caretaker for my grandchildren, it behooves me to take her admonitions to heart. I can see that her Father, the clergyman at Steventon, probably had much to say on these subjects, especially as he was a tutor to young boys.

I found so many treasures in Austen's novels tto, I posted some of them today.
I love Elinor strenght!
♥