Thanks to SK Barn, we learned that James McAvoy (swoon....) made an appeal to prevent cutbacks at the Royal Scottish Academy of Music and Drama (RSAMD). The news is found in BBC here, and the excerpt is below. Ooohh....

The news comes after the Scots actor James McAvoy joined a campaign to prevent cutbacks at the Royal Scottish Academy of Music and Drama (RSAMD). 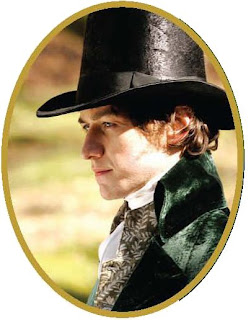 A number of high-profile stars have become involved in the RSAMD campaign.

Doctor Who star David Tennant, who also attended the academy, has already given his support to the campaign.

Mr McAvoy, a former student, described the academy as a "treasure".

He said that without Scotland's only conservatoire, students would be forced to find training south of the border.

Oh I am so in love with him!

Duh! His hair, Louisa! And his Scottish accent! Swoon...

I know, can you believe it! *swooning* I do not blame my pregnancy hormones this time! ;)