The following is Linda’s choice for Jane Austen quote for the 4th week. Thanks so much dear Linda for the lovely quote!

One of my favorite quotes is this passage in Persuasion where Anne…:

“….ventured to recommend a larger allowance of prose in his [Benwick's] daily study; and on being requested to particularize, mentioned such works of our best moralists, such collections of the finest letters, such memoirs of characters of worth and suffering, as occurred to her at the moment as calculated to rouse and fortify the mind by the highest precepts, and the strongest examples of moral and religious endurances.”

This passage made me curious about the writings that Jane Austen might have read, so I began collecting the works of , Steele, Johnson, etc of periodical fame, plus all the other literature I could find.

I have only found a few minutes of time to glance at these, but I was amazed at what I found. Then I stumbled onto “The Memoir of Chief Justice Lefroy” where I got the shock of my life on page 2 of the Preface. The Chief Justice states that:

"I had from the year 1795, more or less, read the Scriptures, but not with faith - nor as a little child - but in the pride of a Socinian spirit, and consequently I remained long in the dark."

It sounds like he began an earnest reading of the Scriptures in 1795. To be perfectly clear, let’s place the Chief Justice’s words in context from the Memoir: 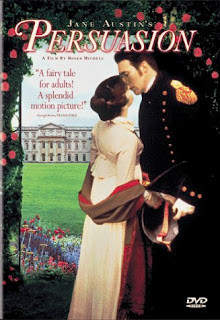 The papers in this parcel were written at different times from the year 1816, when I first began to have any view of God’s true method of salvation for a sinner. I had from the year 1795, more or less, read the Scriptures, but not with faith - nor as a little child - but in the pride of a Socinian spirit, and consequently I remained long in the dark. As truth began to dawn I was enabled to see many things, but darkly, and therefore in these papers will be observed more or less of error; but I have preserved them, and mention the circumstances, as a testimony to the great benefit of applying with constancy to this source of all truth, and to glorify the long suffering, the tender mercy, and grace of our Lord God, and at the same time to show what it is that hinders us from reaping the blessed fruits with which the Scriptures abound, as soon as we otherwise should do – namely, leaning on our own poor though proud understandings.”

The situation could be so similar to the events with Anne's advice to Benwick in Persuasion, namely, to read more of the scriptures and how to read them, in addition to his secular studies at school. Also, his words “our own poor though proud understandings” reminds us of whom? “Proud”, oh no, not Mr. Darcy!

After reading the Memoir in its entirety, I couldn’t help but notice all the lovely and touching religious passages. I am going to stick my neck out and say that during the conversations at those country dances, Jane might have suggested to Tom the same advice that Anne gave to Benwick. For me, at least, I see a lot of “real life” in Jane’s writings that others might classify as “made up or fanciful” stuff. In my opinion, she wrote what she knew.

-Very- intriguing. I wonder what Jane's contribution to a Benwick's library might have been. I have a hard time believing they would be the same as Anne's (I get the distinct impression that she would be on the side of conduct books and Hannah Moore), but they might be similar. There's a wonderful article concerning -- okay, this might take some clever journal spelunking, as I am writing from a laptop with my legs kicked-up -- Jane Austen and Circulating Libraries. I'm pretty sure this isn't the title, but it's awfully close. In it, the author focuses on popular and often gothic novels (which had a reputation similar to comic books) that Jane enjoyed, devoured, and highly recommended.

Schoey, oops, sorry, I should have expanded my comments beyond those works of Addison etc to include the following comment from James Austen’s “The Loiterer” No. 9, dated March 28, 1789, which a lot of people, including me, believe that Jane Austen wrote. She says:

You must know, Sir, I am a great reader, and not to mention some hundred volumes of Novels and Plays, have, in the last two summers, actually got through all the entertaining papers of our most celebrated periodical writers, from the Tatler and Spectator to the Microcosm and the Olla Podrida. Indeed I love a periodical work beyond any thing, especially those in which one meets with a great many stories, and where the papers are not too long.

Also, to back that up, somewhere it is noted that Jane’s Father, Rev. Austen had quite a few books in his library – the number 500 comes to mind. Putting all that together, it makes me believe that Jane, indeed, was quite well-read other than conduct books and Hannah Moore. Hope that helps.

Linda, I always enjoy reading your thoughts and commentaries, and this week was no different. Thank you for sharing with us!! I LOVE the TL/1795/Scripture ref. It makes me get tingles up my spine it is that good. Take care!