Jane Austen Quote of the Week 119

The theme of trust to Icha's quote from last week stayed with me and I have been thinking about it often the last few days.

I do agree with her observation that it is beneficial to place a degree of trust in a person to begin a relationship but I also think that it is crucial to balance this with awareness and vigilance (as Linda stated in the comments) to ensure that you do not get deceived and consequently hurt.

This led me to think about Elizabeth in Pride and Prejudice. Upon first meeting Wickham, she trusted him. She believed everything he said to be true.
Conversely, she did not like Mr Darcy. Of course he did not present her with many attributes in which she could like but she didnt trust him.
It is not until chapter 36 of the novel when she reads the letter written to her by Darcy and she starts to have her doubts.
She finds his arrogance insulting:

"He expressed no regret for what he had done which satisfied her; his style was not penitent, but haughty. It was all pride and insolence."

The letter does however sew some seeds of doubt regarding the true nature of Wickham: 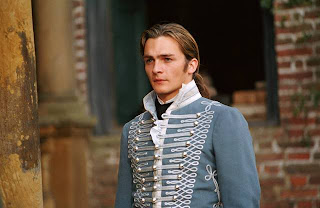 "How differently did everything now appear in which he was concerned! His attentions to Miss King were now the consequence of views solely and hatefully mercenary; and the mediocrity of her fortune proved no longer the moderation of his wishes, but his eagerness to grasp at anything."

Overall, she is confused and does not know what to think. All she knows is that:

"She grew absolutely ashamed of herself. Of neither Darcy nor Wickham could she think without feeling that she had been blind, partial, prejudiced, absurd. -"

I think my point is that both trusting and not trusting is dangerous. She feels ashamed for misplacing her trust but it is a common mistake for us all. But to place no trust at all in a person can lead to a very lonely life ...

In chapter 44 after she has seen Mr Darcy at Pemberley, Elizabeth is beginning to acknowledge her positive feelings for him; her trust in his good nature is growing: 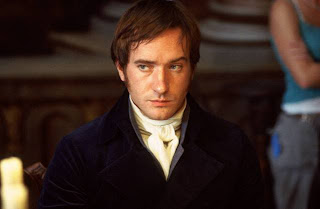 "The respect created by the conviction of his valuable qualities, though at first unwillingly admitted, had for some time ceased to be repugnant to her feelings; and it was now heightened into somewhat of a friendlier nature by the testimony so highly in his favour, and bringing forward his disposition in so amiable a light, which yesterday had produced."

Sorry for using so many quotes but I thought they all illustrated the point that we must place trust in people to make mistakes, learn and grow as a person.

we must place trust in people to make mistakes, learn and grow as a person.

I guess the key here is to trust that people or humanity in general can learn and outgrow their mistakes. I think it's a huge undertaking, but I choose to do that, although sometimes it is really hard to do...

I agree. Great quotes, Rachel. I think that maybe I am just the opposite. I am more like Lizzie Bennett in her belief of Wickham. I will trust until you give me a reason not to. I don't know if that's good or bad, but mostly I think your instincts will tell you which way to go.It is better to trust and love, then to never trust or love at all. (butchered that quote, huh??) :)
Still loving this site!
Lis

I agree. Great quotes, Rachel. I think that maybe I am just the opposite. I am more like Lizzie Bennett in her belief of Wickham. I will trust until you give me a reason not to. I don't know if that's good or bad, but mostly I think your instincts will tell you which way to go.It is better to trust and love, then to never trust or love at all. (butchered that quote, huh??) :)
Still loving this site!
Lis

I will trust until you give me a reason not to. I don't know if that's good or bad, but mostly I think your instincts will tell you which way to go.It is better to trust and love, then to never trust or love at all.

Seconded. We'll know when enough is enough... in time.

Thanks for the comments ladies.

I think that if I give all my trust at the beginning, I then dont know when to stop and stand back. Its just so hard to judge.