Quote of the Week 44 by Linda

I thought I might do something a bit different this week by collecting a group of tidbits of wisdom from “Emma”. Jane Austen's words are still true today as they were then. People have not really changed in all those passing years. We still say, believe and do the same things. I believe the quotes are self explanatory. 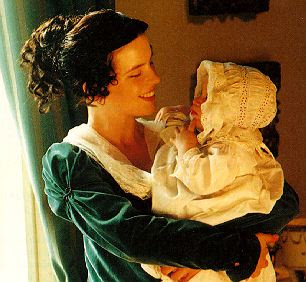 "And then their uncle comes in, and tosses them up to the ceiling in a very frightful way!"
"But they like it, papa; there is nothing they like so much. It is such enjoyment to them, that if their uncle did not lay down the rule of their taking turns, which ever began would never give way to the other."
Chapter 11:

There are people, who the more you do for them, the less they will do for themselves.

Miss Hawkins perhaps wanted a home, and thought this the best offer she was likely to have."

So unlike what a man should be! None of that upright integrity, that strict adherence to truth and principle, that disdain of trick and littleness, which a man should display in every transaction of his life." 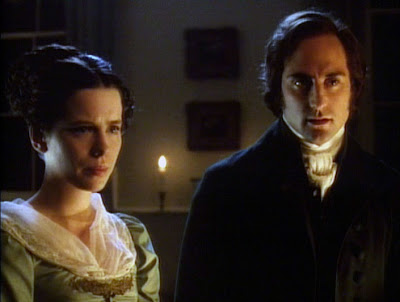 And two from Chapter 49:

A man would always wish to give a woman a better home than the one he takes her from; and he who can do it, where there is no doubt of her regard, must, I think, be the happiest of mortals.


We do thank you, Miss Jane Austen, for giving us so many wise words. And Thank You all for your concern during the last few weeks of our illness. We are all recovered and feeling much better now.

WOW! Allow me to re-cite my fave quote for this post:
There are people, who the more you do for them, the less they will do for themselves.

Seemingly, that's SO true! Our help can be destructive for us and themselves, for it will make them lazy and not doing anything to make themselves better. Getting addicted and taking us for granted. Meh.

Thanks Ms. Austen for the quotes and Linda and Michelle for the post!

And I agree that though Beckinsale's version is not my favourite, that picture of Kate/Emma holding the baby is so adorable!

Yes, Icha, I love that quote too - it is so brilliant. I agree with everything you said - and reiterate Jane's timelessness. This was written of Shakespeare in 1623, by his (far-seeing) contemporary, Ben Jonson:

'He was not of an age, but for all time'

and this is so true of Austen. Thank you Linda, for the innovative post! So much Emma goodness.