Tom Lefroy Quote of the Week 22

This week's quote is actually inspired by an old Tom Lefroy quote that I posted about 1.5 years ago, in November 2010. The quote was taken from a letter Tom wrote to Jane Christmas Lefroy, his eldest daughter. At that time, Jane must have been a young girl learning how to write, because such was the nuance of the letter. One particular sentence captured my attention this time, and when I read further, another one also popped up, begging to be written. The funny thing is, the two sets of sentences seem to be at odds with each other. When I looked deeper though, I realised that they were not contradictory. Instead, they were logical. 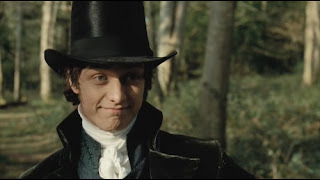 Hence, here I rewrite the longer version of the letter for our perusal. Page 31-32 of the Memoir of Chief Justice Lefroy (emphasizes are my own):

MY DARLING J---, Your letter gave me great pleasure; it was fairly written, well worded and no mistakes in the spelling; and I hope, by employing your time regularly between this and the next time I leave home, you’ll be able to correspond with me on subjects of more importance. Believe me, my darling girl, there is no progress to be made in anything without steady and continued application, which, besides the advantages it brings in the way of improvement, makes labour pleasant from habit instead of being irksome, as it always is to the idle and irresolute. A saunterer when young, continues a saunterer through life.Nothing has always struck me so forcibly to show the value of order, and precision in our works, as observing the regularity and exactness displayed in all the works of God, day and night - summer, winter, autumn, and spring, - the regular and uniform motions of the almost infinite host of heavenly bodies. In the same manner in His kingdom of grace, there is a time and a season for everything. Although a thousand years are in his sight as one day, nothing is permitted to occur a moment before its appointed time. Our blessed Lord's constant observation was, "mine hour is not yet come." How is it possible that we can expect to please God in the neglect of order and the disregard of stated times for different purposes?


If we take a look at the first bold sentence and see the next two bold sentences, they seem to contradict each other. The first one tells us that practice makes perfect, basically. The second one, though, says that everything is only perfect in Its/His/Her time. So why waste time to practice stuffs that we want to happen/achieve, if nothing is ever appearing before its time?

My take here, dear friends, is that in order to receive the best benefit of the long-awaited event, we must prepare the necessities. For instance, I want to make a proposal for my postdoc. I haven't got any funding source that can cater to my needs. But won't it be prudent to just write my umbrella proposal now (and prepare other things like budgeting etc) so that the majority of the proposal is ready when I find the correct donor? 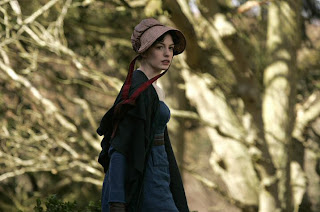 Or, in love... We know that nothing happens before its time. A couple won't meet before their destined time to meet. However, the man and woman can actually 'prepare for the encounter' by being true to themselves, taking care of old issues (and making sure they don't reappear), and be happy - tremendously happy - with one's own presence. Thus, when The Time comes, the man and woman are actually ready for the encounter. Their past is no more, and thus they can clearly see the person in front of them: someone they can rely on to accompany them for the rest of their lives....

Oh, my dearest Icha, you have no idea how important the message in your post means to me! It is something I am struggling with at this present time.

My daughter uses the word "rhythm" where I had been saying "orderliness" and you said "practice" and "prepare". What I want to train the grandkids to do is have a schedule/regime to do things in an order that is appropriate. Instead of Granny having to remind them constantly to 'do this or that' - which irritates them so much.

So you see we do need to "make progress with steady continued application.

Thank you so much for this wonderful post. I have printed it out to keep handy for reference!

Thanks a lot Linda. I think we must thank Tom for the quote. No wonder he became the Chief Justice. He was a diligent man, for sure!