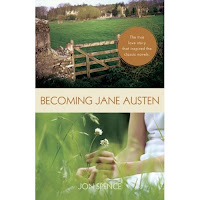 Well, obviously, the first book to read is Jon Spence's Becoming Jane Austen that can be pre-ordered from Amazon.com (to be released on June 14, 2007). Jon Spence wrote the book in 2003 and became a hit for the premise that Jane Austen and Tom Lefroy shared romance deeper than a teenage fling, as previous biographers often suggested. 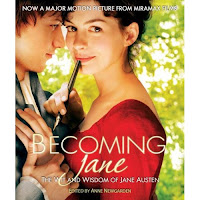 The second one, also available online from Amazon and still not yet released, is Becoming Jane: The Wit and Wisdom of Jane Austen. To be released on July 3, 2007, the book has a very cute cover of Jane (Anne Hathaway) and Tom (James McAvoy), and a must have for me, at least! I don't think that the book covers Tom Lefroy in depth, but still, it is a reference.