I was reading the national newspaper, The Daily Mail, at the weekend and I spotted a section with interesting bits of trivia related to various films. There were a few Jane Austen adaptations mentioned and as I am a sucker for film trivia (particularly when it is related to our Jane), I thought I would share with you. 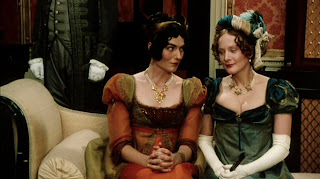 Pride and Prejudice- Anna Chancellor who starred as Miss Bingley in the 1995 adaptation with Colin Firth is actually a direct descendant of Jane's elder brother Edward.

With a little research I also found out my own piece of interesting trivia about her; she was married to a man named Nigel Willoughby! Do you think there was a subconscious desire there to keep a bond with Jane and her work. 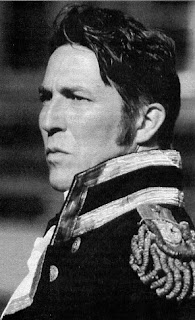 Persuasion- This refers to the 1995 version of Persuasion which stars Amanda Root as Anne. The last shots of the departing ship of Captain Wentworth were actually taken from The Bounty (1984) 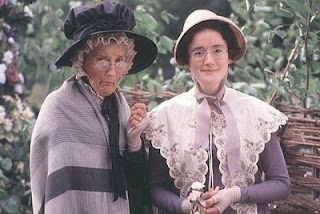 Emma- Gwenyth Paltrow played Emma in the brilliant 1996 adaptation of the novel. Mrs Bates and Miss Bates in the film were actually played by Phyllida Law and Sophie Thompson who are real life mother and daughter. Interestingly they are also the mother and sister of Emma Thompson who plays Elinor Dashwood in Sense and Sensibility (1995) which brings me nicely to the final interesting fact........ 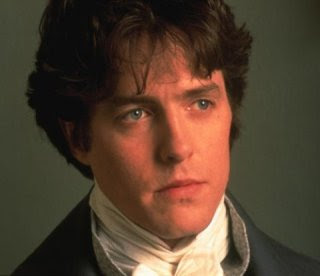 Sense and Sensibility- Allegedly the Jane Austen Society actually opposed the casting of Hugh Grant as Edward Ferrars and actually contacted the producers to make a complaint. The reasoning was that Hugh Grant was too handsome to be our Edward Ferrars.....?!
Comments are welcome.

Wow, Rach, thanks a lot! I only have learned about #3, but not the others. Most definitely surprised to learn the fact about Anna Chancellor... amazing fact indeed. And some ppl thought Hugh Grant was too handsome for Edward Ferrars? LOL! What about the 2008 Edward? Dan Stevens? I am torn between him and Grant...

*lol* Hugh Grant too handsome? Not likely. As Icha said, What about Dan Stevens? He's even hotter!

I did know about Anna Chancellor from one of the documentaries which she is actually hosting.

Hugs and kisses from Maria and Peanut.