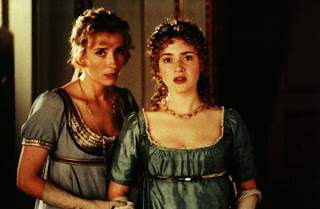 I absolutely adore Marianne Dashwood from Sense and Sensibility and this week I have chosen one of her quotes. I love her for her strength in spirit and pure and vulnerable sensitivity.
In chapter 17, there is a discussion between Edward Ferrar's and the Dashwood family. They are talking about the value and importance of money. There is a great line, although it is not my chosen quote of the week, spoken by Marianne to her sister Elinor, "money can only give happiness where there is nothing else to give it. Beyond a competence, it canm afford no real satisfaction as far as mere self is concerned."
Marianne is so sure of her beliefs and what is right and wrong. I love the confidence even with youth and inexperience; I really respect her courage.
Edward continues with surmising what he thinks that Elinor and Marianne would do with a large sum of money. He assumes without doubt that Mariane will buy all the books in london to "prevent them from falling into unworthy hands" due to her reliable character and associated principles. She retorts with:
"At my time of life opinions are tolerably fixed. It is not likely that I should now see or hear anything to change them. "
I just love this sheer statement. Its so certain and unwavering and at the tender age of seventeen. It makes me chuckle, yet love her more every time I read it. Maybe I see some of her in me....! 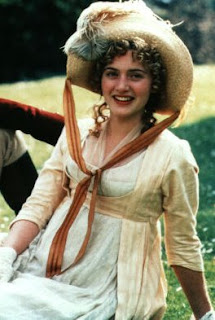 My first day of being a wife has passed. It's weird to now write the name Mrs Arell at everything... ;) If you are interested pics from our very small and secret wedding is found here: http://picasaweb.google.com/mimmir8/Wedding25Oct2008?authkey=JBe3q9Yhvj0#

hugs and kisses from the now "honest" woman Maria and Peanut, who is not going to be a bastard anymore! ;)

Yeah... we were pretty much stubborn when we're teenagers, weren't we? Yes, Marianne can be a prickly character, but I love her nonetheless!

Icha, oh I am great! It's weird to refer to my darling as my husband now, after six years of calling him my boyfriend. ;-)

Hugs and kisses from Mrs. Arell