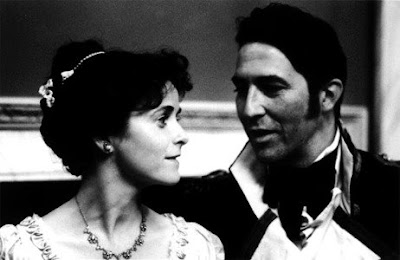 "Anne was still in the lane and though instinctively beginning to decline, she was not allowed to proceed. The Admiral's kind urgency came in support of his wife's, they would not be refused; they compressed themselves into the smallest possible space to leave her a corner, and Captain Wentworth, without saying a word, turned to her, and quietly obliged her to be assisted into the carriage.

Yes, he had done it. She was in the carriage, and felt that he had placed her there, that his will and his hands had done it, that she owed it to his perception of her fatigue, and his resolution to give her rest. She was very much affected by the view of his disposition towards her, which all these things made apparent. This little circumstance seemed the completion of all that had gone before. She understood him. He could not forgive her, but he could not be unfeeling. Though condemning her for the past, and considering it with high and unjust resentment, though perfectly careless of her, and though becoming attached to another, still he could not see her suffer, without the desire of giving her relief. It was a remainder of former sentiment, it was an impulse of pure, though unacknowledged friendship; it was a proof of his own warm and amiable heart, which she could not contemplate without emotions so compounded of pleasure and pain, that she knew not which prevailed." 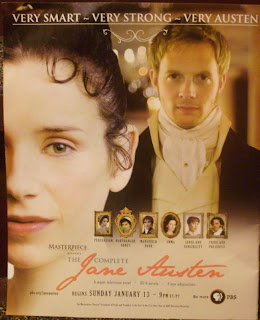 Please excuse the length of the quote, but it is so wonderful that it begs to be put in context. Some (and I won’t mention Charlotte Bronte’s name) have said that Jane lacked passion. See my Passionate Passages page HERE where the aforementioned nameless person said: “the Passions are perfectly unknown to her.” After reading the Quote of this Week, I beg to differ, passionately!

I beg pardon, but to me the passage is simply dripping with passion! And that is only one example. What really boggles my mind is that it is so hard to find just a ‘few’ memorable quotes, because one wishes to quote the entire book! So There, Miss Nameless Person! (Sorry, I get carried away, but ‘they’ keep bringing me back.)

Pic 1: Amanda Root and Ciarain Hind in Persuasion, from: Quizilla
Pic 2: Sally Hawkins and Rupert Penry-Jones in Persuasion 2007, from: Austenblog

Waaaahhh!!! Thank you Linda! The quote reminds me of the 2007 Persuasion (aaah!!! THAT Wentworth is so worthwhile!) when Wentworth practically dragged Anne and placed her on the carriage. My God... what to do to make such a man do that to myself...?

Leave him so that he will beg me to return? But there should be such a guy first, and he's none to be found. Drat.