Lady Susan Adaptation in the Pipeline for the BBC?

I can't quite believe it, but it looks like a TV adaptation of Jane Austen's novella Lady Susan may become reality!

According to her CV, award-winning playright Lucy Prebble is currently working on the script: 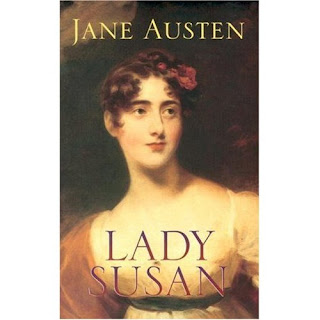 Lady Susan, Jane Austen's one full novel that was not published during her lifetime, seems to have been written during the period 1793-4. It is the only novel that Austen wrote in an epistolary (letter) form, although the first version of Sense and Sensibility ("Elinor and Marianne") was also letter-based. The fashion for epistolary novels had passed by the time Austen began to see her work published in 1811, so it is possible that she left Lady Susan unpublished for this reason (her existing fair copy was written in 1805 or later). As well as being in an unusual format for Austen, the book is also of interest because it is her only extended literary excursion into the world of aristocratic affairs. The letters - sent mainly by Mrs Vernon, her mother Lady de Courcy, Lady Susan and her friend Mrs Johnson - tell the tale of the eponymous Lady, a singularly unpleasant character whose beauty allows her to act in extremely selfish ways. A devious but attractive widow, she cruelly pushes her daughter towards an inappropriate marriage with a man she detests, and simultaneously contrives to ensnare her sister-in-law's brother romantically and keep another lover's attention. Lady Susan is a remarkable character because she is utterly without redeeming qualities, and even when her machinations lead to disastrous results we are hard pushed to sympathise. It has been suggested that she may be a veiled portrait of Mrs. Craven, a cruel society woman known to the Austen family. Her character seems not to have been wasted and to have contributed eventually to that of Mary Crawford in Mansfield Park. From Bibliomania

Is there an update on this post? I loved this book and immediately thought it would make a great movie.