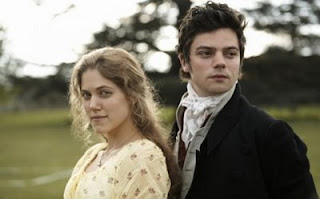 This time, I found something that Elinor Dashwood said about selfishness. It is taken from Sense & Sensibility Chapter 47, when Elinor and Marianne were talking about Marianne’s past with Willoughby. I first have to say that I took these quotes from the Wikipedia site, for I don’t have the book with me, so I hope that the quotes are faithful to the book.

Marianne's lips quivered, and she repeated the word "Selfish?" in a tone that implied--"do you really think him selfish?"

"The whole of his behaviour," replied Elinor, "from the beginning to the end of the affair, has been grounded on selfishness. It was selfishness which first made him sport with your affections; which afterwards, when his own were engaged, made him delay the confession of it, and which finally carried him from Barton. His own enjoyment, or his own ease, was, in every particular, his ruling principle."

"It is very true. MY happiness never was his object."

"At present," continued Elinor, "he regrets what he has done. And why does he regret it?--Because he finds it has not answered towards himself. It has not made him happy. His circumstances are now unembarrassed--he suffers from no evil of that kind; and he thinks only that he has married a woman of a less amiable temper than yourself. But does it follow that had he married you, he would have been happy?--The inconveniences would have been different. He would then have suffered under the pecuniary distresses which, because they are removed, he now reckons as nothing. He would have had a wife of whose temper he could make no complaint, but he would have been always necessitous--always poor; and probably would soon have learned to rank the innumerable comforts of a clear estate and good income as of far more importance, even to domestic happiness, than the mere temper of a wife."

What can I say? Elinor – or Jane, rather – was right. Willoughby was selfish, for his regrets for not marrying Marriane came later after he found out how terrible was to live with a rich Ms. Grey that he loved not. So, it was all about his gain, not Marianne’s. So different from – sigh, swoon – Colonel Brandon, who truly cared for Marianne’s wellbeing.

Anyway, to link this quote with Jane Austen and Tom Lefroy, many people think that Willoughby was mostly taken from Tom Lefroy’s story. I disagree. I think Tom Lefroy did not marry Ms. Mary Paul out of selfishness; he did that to save his family. Lots of posts from this blog already indicated so, notably Tom’s relationship with his little brother Anthony Lefroy (father of Thomas Edward Preston Lefroy, to whom the old Tom Lefroy later confessed his deep feelings towards Jane Austen). See also JA/TL timeline to have a better idea of why I disagree that Willoughby was 100% Tom Lefroy.

So, yes, I think Jane Austen did tap into Tom Lefroy’s story to spin it into Willoughby, but she also took other parts of Tom and infused it to Edward Ferrars, who was rather helpless in his prior engagement to Lucy Steele.

Heeey! I just wanted to say I love what's put up in this blog. Very enlightening!

Hi, I am Tennen-Perman,E-mail from Japan.
I visited your site sometimes so far.
You have a cool site.
I linked your site in my blog.
I administer a blog talking about music, movies, and art.
Please link to my site in your ones if you like it.

Thanks a lot Chris for your nice words... glad to know that our ramblings are enlightening...