Jane Austen Quote of the Week 207

This week, I was lucky enough to receive a nice email from Mariana Georghe who analysed a passage from Sense & Sensibility versus The Memoir of Chief Justice Lefroy. Thank you Mariana for the email!

I’m sending you a quick note regarding Westminster school that may be of use to you for the blog, containing few paragraphs from Sense and Sensibility and from Tom Lefroy’s Memoir. Now that we know Tom’s uncle, I. P. George Lefroy and his son J. Henry George Lefroy were sent to Westminster  - a public school, with the recommendation from their uncle, Benjamin Langlois (according to the Notes and documents relating to the family of Loffroy, by a cadet [J.H. Lefroy] ), and that Tom Lefroy instead had received private education, being the pupil of Rev Burrowes between 1790-95 when he met Mary Paul, maybe we’ll read with different eyes the story of Edward Ferrars and the following paragraph from Chapter 36: 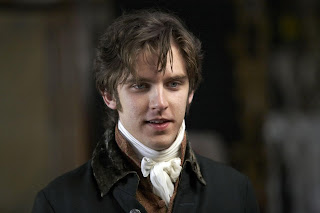 "Upon my soul," he added, "I believe it is nothing more; and so I often tell my mother, when she is grieving about it. 'My dear Madam,' I always say to her, 'you must make yourself easy. The evil is now irremediable, and it has been entirely your own doing. Why would you be persuaded by my uncle, Sir Robert, against your own judgment, to place Edward under private tuition, at the most critical time of his life? If you had only sent him to Westminster as well as myself, instead of sending him to Mr. Pratt's, all this would have been prevented.' This is the way in which I always consider the matter, and my mother is perfectly convinced of her error."

“Elinor would not oppose his opinion, because, whatever might be her general estimation of the advantage of a public school, she could not think of Edward's abode in Mr. Pratt's family, with any satisfaction.”

We know that Edward and Lucy met while Edward studied with Lucy's uncle, Mr. Pratt, and have been secretly engaged for four years. Edward was a pupil of Lucy's uncle in Plymouth, and that is where their relationship began.

Based on the Memoir [pages 3, 14 and 20], Tom Lefroy, “after a private education entered the University of Dublin, on the 2nd November, 1790, at the early age of fourteen.” The distance between Limerick and Dublin being “at that time a work of three days”, Tom was sent to a college tutor, Rev Dr. Burrowes “who kindly consented to receive him into his family circle”. In the Memoir we are told that Tom developed “a warm friendship” with a fellow student, Mr. Thomas Paul, “during their College course” between November 1790 and April 1795 and that Lefroy visited Paul family “and, very soon, an attachment sprung up between him and Mr. and Mrs. Paul’s only daughter ”

This is not really new, but I think the Westminster school part that’s related now to the Lefroys of Ashe does bring a little bit more light on what Jane Austen knew and wrote in her books as related to Tom Lefroy and his engagement to Mary Paul. I still have to check Mansfield Park for the Westminster school connections with Henry Crawford & J.Henry George Lefroy.

In the Memoir also, I found an interesting note that I think will connect once again the surroundings from the “unseen portrait” with Tom Lefroy:

“...written while he was keeping his Law Terms at Lincoln’s Inn, that would rank high...During his stay at the Temple, he resided with his grand uncle, Mr. Langlois, in London, and attended daily at Westminster Hall, where, in the Courts presided over by such men as lord Eldon and Lord Kenyon...”

Have a delightful weekend!