Winner of the BJF Anniversary Quiz! 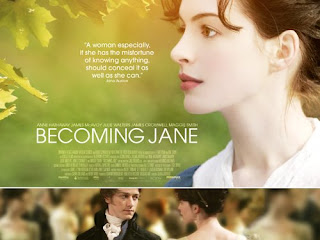 Sorry for one day delay for the quiz announcement, I had a network problem yesterday. Anyway, after two weeks of announcement, finally we arrive at the winner of the BJF Anniversary Quiz! Team Jane would like to express our sincere gratitude to all readers and friends who have submitted their answers. It’s very surprising to have friends from , the US, , and even and visiting us; a proof that Becoming Jane is indeed a popular and touching movie.

Anyway, without further ado, these are the answers for the quiz:

1. What was Jane Austen’s last letter that directly referred to Tom Lefroy?

Answer: Letter , where Jane talked about Mrs. Anne Lefroy’s visit and that Mrs. Lefroy’s nephew was to go to to be a barrister.

“Mrs. Lefroy did come last Wednesday, and the Harwoods came likewise, but very considerately paid their visit before Mrs. Lefroy's arrival, with whom, in spite of interruptions both from my father and James, I was enough alone to hear all that was interesting, which you will easily credit when I tell you that of her nephew she said nothing at all, and of her friend very little. She did not once mention the name of the former to me, and I was too proud to make any inquiries; but on my father's afterwards asking where he was, I learnt that he was gone back to London in his way to Ireland, where he is called to the Bar and means to practise.”

b. King's , : Located on Henrietta Street, this is where the court-related scenes of BJ were conducted. The young Tom Lefroy (McAvoy) was late that time, and he had to run upstairs to the court room, and he passed a wall of stained glass. Interestingly, the name of the real Thomas Langlois Lefroy (“Thomas Lefroy, Esq.”) was there in one of the glass panel (our dear Rachel saw it when she went to Dublin and took the picture), for Tom Lefroy was indeed one of the best graduates of the law college (“On the window were the Coat’s of Arms of all the relevant people in the history of Irish law. Of course the Chief Justice, our Tom, was presented, in the bottom right hand corner.”). 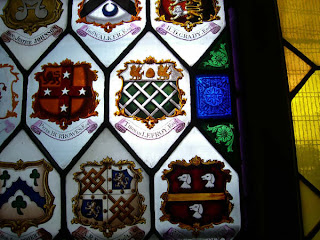 e. Bray, Co. Wicklow: Some of the Becoming Jane scenes (Lady Gresham's manor) where done outside the Kilruddery House in Bray. Interestingly, Bray was the coastal town where the real Tom Lefroy passed away on . 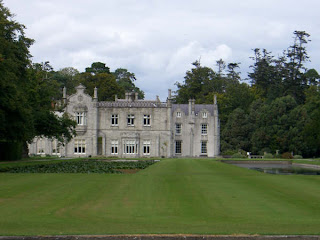 And the winner is: Mariana Gheorge!

Congratulations to Mariana! We will send the BJ DVD to you soon!

Oh, and a friend (Gail) asked how she could join a BJ fan club. Well, unfortunately, Becoming Jane Fansite is not an official fan club of the Becoming Jane. However, it IS a fan club in many ways, and we don’t have any memberships. Just drop by often to discuss stuffs about BJ and Jane/Tom, and you’re already part of the family!

Pic 1. One of the earlier movie poster of Becoming Jane

Congratulations, Mariana! Well done! And as Icha said, "Thank you" to all the other participants. It was fun!

Congratulations Mariana! Well done! I had totally wrong answer at the first question, shame on me! ;)

Ego: I've been booked for an ultra sound on July 31st. That is really ages away! Peanut seems to want to stay in my belly anyways. ;) Well now I have to get something to eat. I'm famished all of a sudden... ;)

/hugs and kisses from Maria and Peanut

"Tis too much!' she added, ``by far too much. I do not deserve it. Oh! why is not every body as happy?" (Pride and Prejudice – Jane Bennet)

This is WONDERFUL!!!! I am “the happiest creature in the world” and very pleasantly surprised, as your first question was a little bit tricky…

THANK YOU Team Jane, from all my heart with all my incandescently love for Jane-Tom and your BJ Fansite. Now I will treasure this DVD even more because is from my dearest friends.

Once more, I want to thank you for creating such a beautiful place where we can share our love for Jane Austen.

Infinity of Love and Hugs

The first question was indeed tricky but i just proves what a worthy winner you are Mariana! Congratulations from all of us!!!