Jane Austen Quote of the Week 281

I just saw the movie "Belle" recently (in the last week) and noticed a slight similarity to Jane's "Mansfield Park". See what you think. 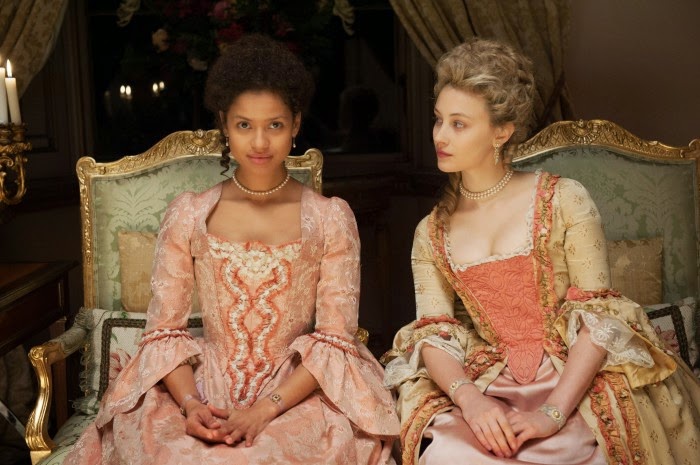 Fanny Price was a lesser {meaning poor} relative of the of the Bertrams who "took her in". Then Sir Thomas Bertram had business in the islands off the USA (I forget the exact location} which brings in the slavery issue.

Next, there is the real Lord Mansfield who as Lord Chief Justice tries to end slavery in England. He died in 1788, so I will take a wild guess that there is a possibility that Jane may have heard of him and his family.

And finally, there is the co-incidence that Jane named the Bertram's estate "Mansfield". 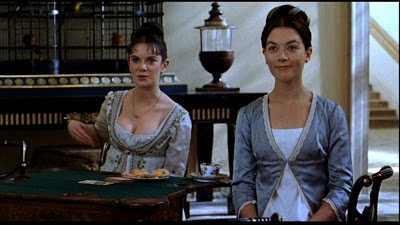 Linda the Librarian - with a wild imagination

I just watched Belle and loved it. Enjoying the soundtrack now. In the non-fiction book by Austen scholar Paula Byrne, she points items you mentioned.

Thanks for posting this, Rachel, and for the quote, Linda! I LOVE Belle, and I'm so glad you finally watched the beautiful movie. It's so Austen, is it not?

And yes, the same name (Lord Mansfield) strikes me... and I also think it's likely that Jane had used that name to convey her opinion about slavery in Mansfield Park...

There’s a very interesting article posted on JASNA in 2010 about Jane Austen’s Mansfield Park and possible links with Lord Mansfield, Lady Elizabeth and Dido Elizabeth Bell: "Ambiguous Cousinship: Mansfield Park and the Mansfield Family". Jane knew Lady Elizabeth and her family, they were neighbors of the Austen-Knight family in Kent. Their meetings are recorded in Jane’s letters 1805 - 1813, before the publication of her Mansfield Park. I believe the title can’t be just a coincidence, same as the name Jane chose for her heroine, Fanny (her niece) and Mrs Norris. Do read the article, it’s enlightening.

I hope you are all in good health, enjoying a warm, colorful and rich Autumn. Many hugs & best wishes.

Thank You, Mariana! I found the article and posted it on the Dregston board. It is most illuminating. And it confirms my suspicions. What would we do without the internet?

Here is the link: